The Samsung Galaxy Tab A 8.0 (2019) announced over two years ago with Android 9 Pie is receiving a new update that brings Android 11-based One UI Core 3.1, which is a lighter version of One UI 3.1.

The update comes with a redesigned UI, improved performance, and better customizations. It also brings an enhanced Samsung Keyboard and stronger privacy protection in addition to the May 2021 Android security patch. You can head this way to learn more about the update. 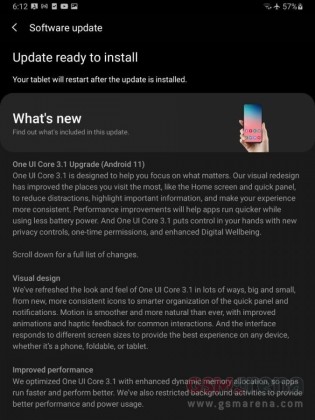 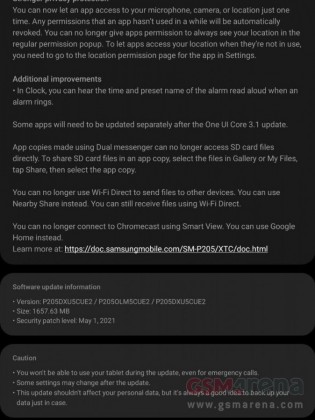 The One UI Core 3.1 update has firmware version P205DXU5CUE2 and requires a download of about 1.6GB. It's seeding in the Philippines for the LTE variant (SM-P205) at the time of writing this, but the rollout should expand in other countries soon.

Thanks for the tip, raznek91!

my 2019 sm-290 wifi model took the update last night, in point of fact I checked after reading the article on this site. not gonna lie, definitely feels like I took a performance hit with this one.

Im experiencing a laggy status(notification)bar after this last update Do you think they ever fix laggs in future updates?