Samsung Galaxy Tab Active3 will use the Exynos 9810, have dual SIM version

It’s been a year since Samsung last introduced a rugged tablet, but a new one is on the way – the Bluetooth SIG certified the Samsung Galaxy Tab Active3. Actually, it certified several models: SM-T570, SM-T575, SM-T575N, SM-T577, SM-T577_DS.

Some of those will be Wi-Fi only, others will feature LTE connectivity including some Dual SIM models. This is a rare enough feature and it will be a first for a Samsung slate.

One of the model numbers appeared on Geekbench, which revealed the chipset – the Exynos 9810, aka the chipset from 2018’s Galaxy S9 and the last year’s Galaxy Note10 Lite.

With four Samsung M3 cores (2.7 GHz) and four Cortex-A55 cores, plus a big Mali-G72 MP18 GPU, this is a fairly powerful chipset. It’s old, yes, but the Tab Active Pro from last year came with a Snapdragon 710, so this will be an improvement. 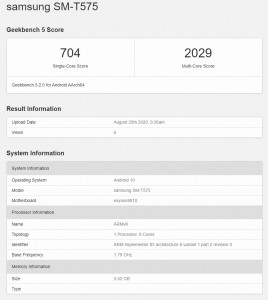 The Geekbench scorecard also reveals a limiting 4 GB of RAM as well as the expected Android 10 OS (with OneUI and DeX mode, most likely).

There’s a photo of the front of the tablet (from Safety Korea) which shows that the Galaxy Tab Active3 will maintain the three hardware buttons below the screen. This is so you can have basic control over the tablet even when the display is completely wet (and no longer responding to touches). 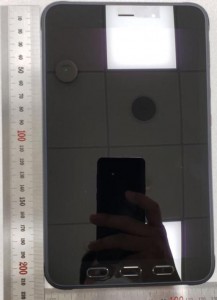 A photo of the Galaxy Tab Active3

The battery was photographed too and it is fairly small, 4,900 mAh rated and 5,050 mAh typical capacity. There’s no info on the display size yet, but we are most likely looking at an 8.0” tablet like the Galaxy Tab Active 2, a 2017 model in dire need of an upgrade. 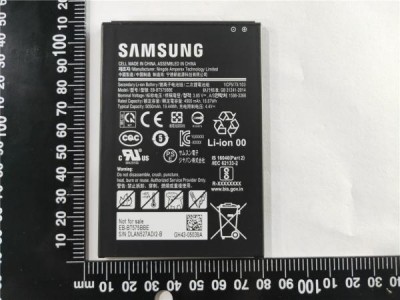 Yeah, I thinking about it ... you're right. That tight integration will make a lot of difference.

Actually even Apple uses ARM's designs. But it is free to modify them as per their own needs. We must also remember that Apple's chips are used only in its own iPhones and everything is so tightly integrated. So clearly Apple rules in real-...

This post is not about chip design, dear Mr. Chip Designer or Apple bootlicker