Samsung is fleshing out its letter-based lines – like the Galaxy A and E series and the Galaxy Tab A. Could there be a Galaxy Tab E as well? June's issue of Taiwan Mobile lists just such a device, which reportedly bears the model number SM-T560.

That matches up with some User Agent profiles found on Samsung's websites though the specs aren’t quite the same. 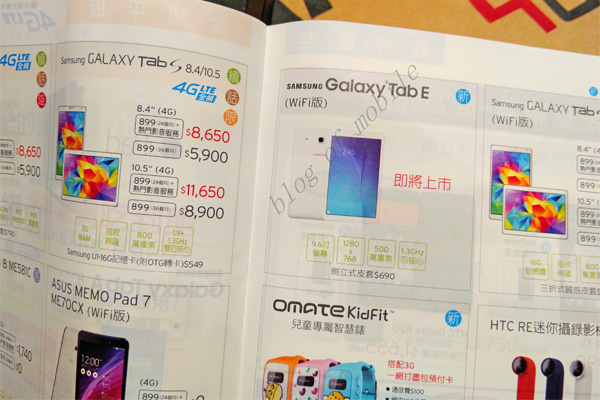 Additional specs include a 5MP camera on the back. The tablet is listed as a Wi-Fi version, suggesting there might be a version with mobile data. The UA profiles list both SM-T560 and T561, which might be that version. Also, the Galaxy Tab A also comes in an 8" version so there could be a smaller Galaxy Tab E in the works as well.

The listed price of TWD 690 is around $22 so it's probably a monthly installment. Given the specs, the total price can't be very high though.

internal memory is too low for a tab. otherwise its good for me.

The E stands for Eh failure.