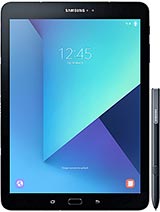 How to Install Whatsapp on Samsung Galaxy Tab S3 9.7 in INDIA ?
Please help....

I didn't buy Tab S2 because it has equal or lower Hardware spec.

Its coming edge display at both the ends

Its coming edge display at both the ends.

OMG, again 3:4? Why Samsung always copies Apple? I think 16:9 was better...
So if tomorrow Apple makes 16:9, does it mean that Samsung would also do like this?

Would be nice if sammy could include a stylus with this tab, it would be awesome.

hmm .. no major changes from S2

Hope this will be the Samsung Tablet that i waited for. Id love if they could add a Exynos 8890 chipset instead of the crappy snapdragon but, i like everything else about it. Finally a good Samsung tablet!!1!

Related devices
The devices our readers are most likely to research together with Samsung Galaxy Tab S3 9.7