The Samsung Galaxy Tab S4 announced back in August 2018 with Android Oreo picked up the Android 9 Pie update last April and now it's receiving its second major update in the form of Android 10.

The Android 10 update for the Galaxy Tab S4 brings along One UI 2.1 and bumps up the Android security patch level on the tablet to June 1, 2020. 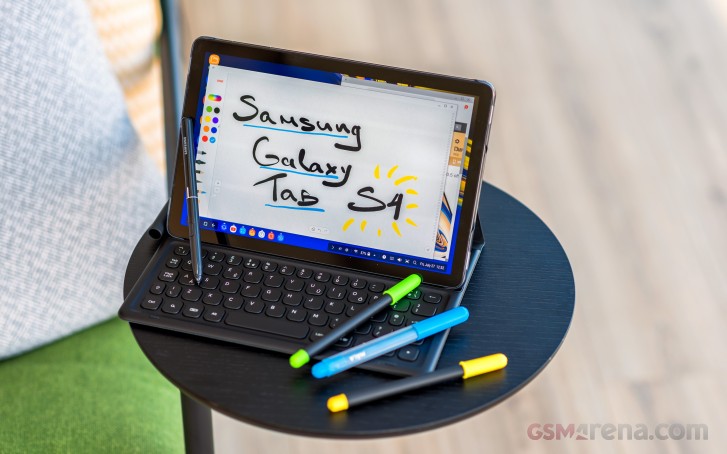 You can head over to the source link at the end of this article for a detailed changelog of the update. But do note that this update, sporting build number T835XXU4CTF5, is currently only rolling for the LTE version (SM-T835) of the Tab S4 in Europe.

If you own one, you'll receive a prompt in a few days and if you can't wait for it to pop up, you can check for the update manually by heading to the Settings > Software Update menu on your tablet.

My tab S4 Verizon hasn't received Android 10 update yet. Tell me this device will stick with Android 9 one UI 1.1 forever, so I can prepare to buy iPad air 2020.

Can't believe that other US carrier haven't updated their Tab S4 to Android 10 and Verizon already pushed out the Android 11 to the Samsung Galaxy Tab S4. System Update 11 The details: Release date: 07/28/2020 Android™ Security Patch ...

it killed my tablet! i am effing livid