Samsung Galaxy Tab S4 has been leaking for quite some time, and something was off the entire time. The new tablet appeared with thin bezels and no home button on the front, raising the question what type of biometric security it would have.

Rumors have been suggesting iris scanner and face recognition features, and finally, SamMobile reported that the Galaxy Tab S4 would indeed sport them both. The information was leaked from a firmware video that shows how both features work. 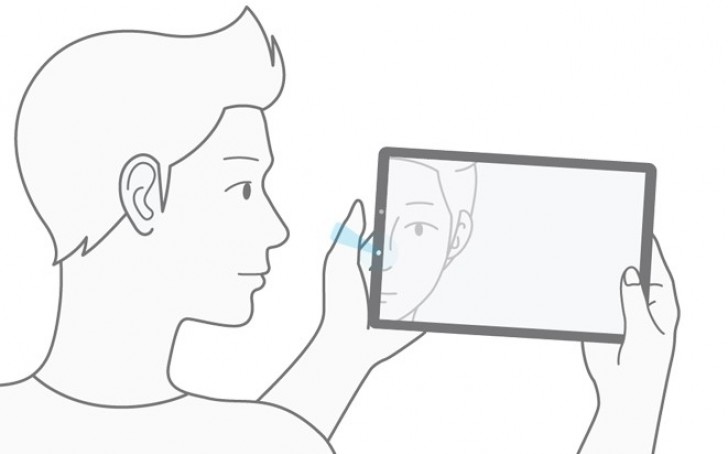 The animation that explains how the iris scanner and face recognition act when powering the device is the same as in the Galaxy S9 and Galaxy S9+ smartphones. Both features work simultaneously, and when the sensor recognizes either the face or the irides, it unlocks. This allows the scanners to operate both in light and dark environments.

The Samsung Galaxy Tab S4 is nearing its launch. It is likely to make an appearance on August 9 at the Galaxy Note9 unveiling and most likely will be announced at IFA in Berlin. We expect the device to arrive with Exynos 9810 chipset, Android 8.1 with Samsung Experience UI on top. It is also likely to have a cheaper variant with the same 10.5” screen size, but lower-tier specs and the model will be named Galaxy Tab A2.

I think it's unfair for devices to stay at the same launch price, because batteries wouldn't be at top performance to say the least. Currently I can only find used tab S3 but this comes with its own set of risks. Tab 8's screen is comfortab...

Well for the price here, which was 200CAD, I couldn't find a better deal to be honest. The screen had to have a poor resolution because you can't push the SD410 higher than HD. It had the standard 4:3 Web resolution, 1024x768. Not sure about the pr...

The snapdragon 4xx is an underrated chipset. I still own a snapdragon 400 device which hasn't failed me once. What I didn't like was the unimpressive screen of the original tab a8, it just didn't seem that sharp, it was a tad on the thick side a...