Guess what? Bixby still exists. And the newest software update for the Samsung Galaxy Tab S5e finally brings with it support for Bixby Voice, something that was promised since the tablet was announced. So this is amazing news if you own the Korean company's latest upper mid-range tablet and simply can't picture life without the Bixby voice assistant in it.

You can access Bixby Voice by long pressing the power button, but this won't be enabled automatically. You need to go to the Quick Settings area in the notification shade and find the Power key for Bixby toggle, and enable that. If you're wondering how you're going to reboot or power off your tablet after you make this move, worry not for Samsung has thought of that too. The answer is a shortcut to the power menu that will live in the notification shade, right next to the settings shortcut that's shaped like a gear. 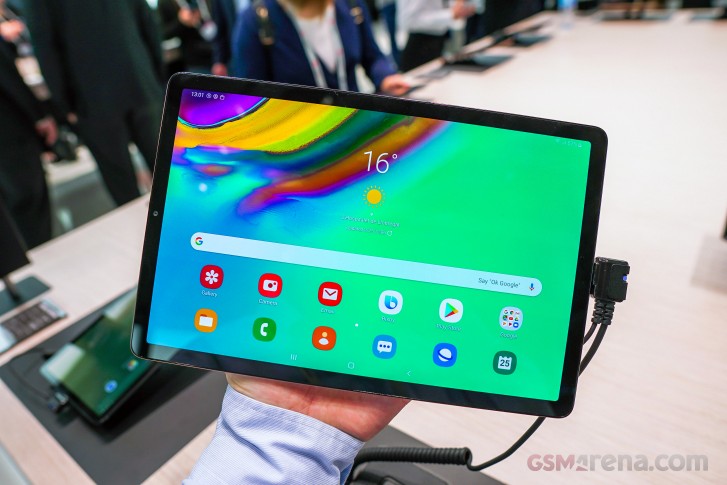 You can also add a shortcut to Bixby Voice on your home screen, because why not. Additionally, there's always the option of shouting "Hi Bixby!" at your tablet to hopefully get the assistant's attention, although it's pretty slow to respond - maybe because of the Tab S5e's decidedly not flagship-level innards, or maybe because Bixby is just... Bixby.

If you have the LTE version of the tablet, you're also getting support for the Call and Message Continuity feature that has so far been spotted on 2019 Samsung phones that launched running Android 9 Pie. It has since made its way to the Galaxy S9 family with this month's security update, which means the Note9 should be next in line to get it.

With this feature, if you have a SIM card in the Tab S5e, you'll be able to take calls and read messages that arrive on the tablet on any other device that supports Call and Message Continuity, as long as both are logged into the same Samsung account.

The update arrives over-the-air as software version T72*XXU1ASG3, and it's currently rolling out in the UK and South Korea. It includes the June 2019 security patches and should make its way to other markets soon. To manually check for its availability, go to Settings > Software update > Download and install.

This update has also fixed the brightness setting on the notification bar in Landscape.

What about the wifi signal reduction when holding it in a certain way? No solution for that?