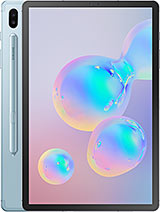 Anyone know why I have the black bars when watching YouTube or any other videos?? I bought this because of the 16/10 ratio which is what my Tab S has, which goes to full screen. It bugs the crap out of me.

I see many people are talking about the 3.5 jack!!!
Is it really important???
You gave the hub to use or you can buy wireless.
headphones.
This is the best android tablet ever made till moment and absence of one minor detail doesn't make it bad.
If you really want a 3.5 jack then buy another tab or ipad.

GsmA - you guys should really change the title to USER Opinions

This site no longer serves the purpose

Management, 01 Aug 2019This doesn't have a headphone jack? LOL, straight to the bin!samsung read your comment and decided to shut down operations.
well done fighting the good fight

siddhss, 02 Aug 2019No flash shitt... no buy...really disappointed...was waiting for this yes i am sure the reason you arent buying it is because theres no flashlight

Anonymous, 03 Aug 2019What is the purpose of this tablet when it has no flashlight? friend.. go and buy a flashlight
paying 700 usd for a flashlight is stupid

AnonD-870732, 04 Aug 2019LMFAO. iPads dominate in the tablet space. Android tablets like these have no choice but to co... moreas a person who is vehemently against apple due to their strict control of their customers, i agree with you. the ipad is a better performer when it comes to the multimedia part of things. the graphics are amazing. but when you have a lot of work to do and need access to your files, need the ailityy to store files on your device. copy files from or to your device.. access your files from a pc.. download a video or song from anywhere on the internet.. use multiple free apps.. and save money.. then android is the way forward...
apple is a fashion accessory.. it looks cool and does things that makes people think you are hip.. but in reality, when i need to do work (like most people) i opt for the android option
i am actually a windows user at heart but laptops are too cumbersome and heavy.
the processing power of the android tabs is awesome ..
if you can afford the apple buy it. if you can afford the apple but need a more open ecosystem.. buy the android

Harry, 04 Aug 2019Can somebody say that they need to remove the headphone Jack because there is not space in a 1... morethe 3.5mm jack is 1000000 years old
if we keep using the same old stuff.. we will never venture in to newer and better stuff

Cliffy01, 06 Aug 2019Hoping for droid replacement for Tablet Z4, but the S6 is missing IP68; it also missed out on ... morewhat do you need a waterproof tablet for.. i get phones.. but.. have you ever taken your laptop in the pool.. no..
then leave the tablet in the house

Faheem, 31 Aug 2019Totally lame, i have a LED tv from Samsung and that doesnt have a 3.5mm jack, only a 2.5mm jac... moreyour life cant be dictated by a 3.5mm jack
buy an adapter or bluetooth devices
lets move forward

i think you guys need to realize that there are people who prefer tablets and there are people who prefer tablets.
gamers should buy laptops. people with work and multimedia needs can buy tablets.
tablets support all apps, all networks and all functionalities
if you need a 3,5mm jack then use the dongle adaptor
its not rocket science. its simple and available
if you need a bigger screen, use the dex option on a tv/ monitor
256gb ssd is sufficient and if you need more than that you can get a 1tb msd
there is literally no limit on this tablet,
you cant compare it to an ipad because it gives you significantly more freedom and costs less. the battery is huge. and samsung s tablets are always awesome

Akshay, 18 Aug 2019Products like this are so expensive as you can get fully windows laptop at a same price or eve... morethen go and do that

Theodore, 29 Aug 2019Why they remove headphone jack from tablet??? That is so stupid. Next time they will remove ch... morethe world is moving towards wireless devices and better technology
the usbc port is capable of many things. the 3.5mm jack is old and can only do so much
keep up with the tech and stop complaining.

What is it with the Samsung one ui launcher on tablets. The animations are sooo slow with transitions through the home pages and app drawers that, i literally suffer from eye fatigue. Don't Samsung software developers looks elsewhere for any comparisons?.. If the speeds in the transition effect is okay by your standards. Not to some of us. For God's sake-look at ios. Give us the option to change transition speeds, please.

Disappointing specs. Screen is wide (wrong aspect ratio), only for movie plagback is useful. Reading books and magazines is not an option, web browsing too. My old Tab S3 is better for the usage I do. No audio out jack. No flash/back Led light.

This tablet is a joke, lower battery than tab s4 and no audio jack.

this tablet or ipad air 3?