Samsung is expected to announce the Galaxy Tab S6 next month at its August 7 event alongside the Galaxy Note10 series. Live images of this tablet leaked last week telling us what to expect from this slate. But now some official-looking press renders have surfaced giving us our best look yet at the Galaxy Tab S6.

The Galaxy Tab S6 looks similar to the Tab S5e, but there are some changes. The Tab S6 has a dual camera setup at the back in the upper-left corner as opposed to the single camera on the S5e placed in the center. This setup is said to comprise of 13MP main and 5MP wide-angle units. 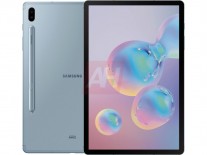 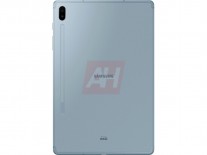 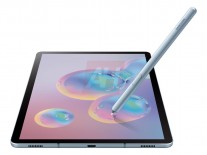 Below these cameras is a groove for the redesigned S Pen which will be charged while it's attached. This also means that the stylus will have Bluetooth support.

The Tab S6 will come with four AKG-tuned speakers - two each at the top and bottom. The tablet will also have a USB-C port at the bottom, but there's no headphone jack.

Samsung will launch the Galaxy Tab S6 with a keyboard accessory which will be sold separately, and the tablet will come in at least three colors - Blue, Grey, and Pink. 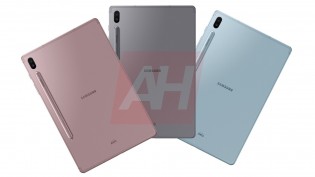 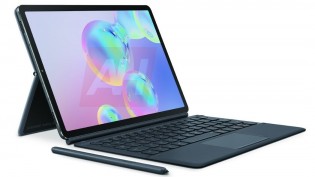 The Galaxy Tab S6 is rumored to boast a 10.5" display and have Snapdragon 855 SoC at the helm, but more information about it is likely to follow in the coming days.

For the people wondering some of us like the headphone jack, it is because Bluetooth looses quality when listening to music and you have buds which are of course easier to carry but worrisome thanks to batteries. And they don't sound as good as a dec...