The Samsung’s Galaxy Tab S6's launch is fast approaching and we are learning all about it one leak at a time. Today we can add another important detail - the battery.

According to a certification from the Taiwanese National Communications Commission (NCC), the latest Samsung tablet will feature a 6,840 mAh battery with 15W fast charging capabilities. The listing matches the SM-T860 model number of the Tab S6 and also reveals the device will ship with the EP-TA200 charging adapter which is capable of 15W fast charging. 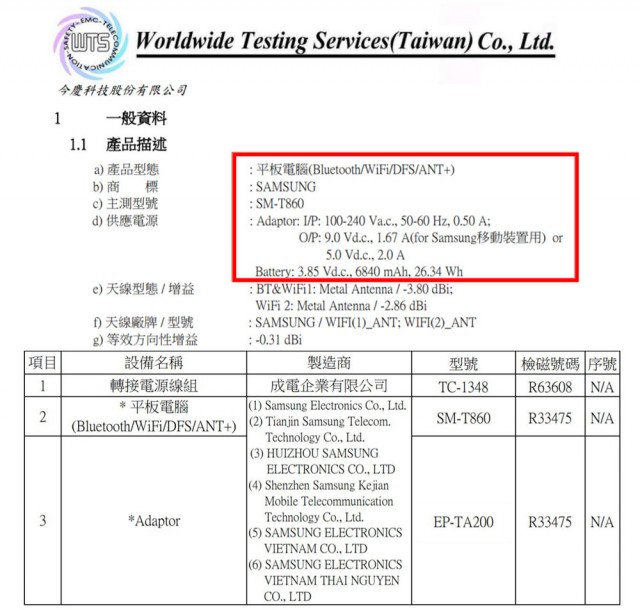 According to past speculations, the Galaxy Tab S6 will feature a 10.5-inch Super AMOLED display alongside the Snapdragon 855 SoC. Other notable additions include a quad-speaker setup, dual cameras and support for S Pen which will have a cradle below the rear cameras where it will presumably attach via magnets.

Samsung is expected to announce the Tab S6 alongside the Note10 at its August 7 Galaxy Unpacked event, although it might chose to give a tablet its own event - say at IFA at the end of the same month.

Not where I work . I will be fired if I tried to use Illegal software.

Very cool. But in the real world 99,9% of engineers, designers use cracked software with fake license like Autocad on destktops running on Windows :)))