Samsung announced its flagship tablet, the Galaxy Tab S6 and it comes with a handful of improvements over its predecessor, which are not necessarily hardware-related.

The device is powered by the latest Snapdragon 855 chipset coupled with either 6GB/128GB or 8GB/256GB of memory. MicroSD card support is present as well if that's not enough. The tablet is built around a 10.5-inch Super AMOLED panel with 2560 x 1600px resolution - a productivity-friendly 16:10 aspect ratio. Multimedia isn't neglected too as quad speakers tuned by AKG and Dolby Atmos make the whole movie-watching experience complete. 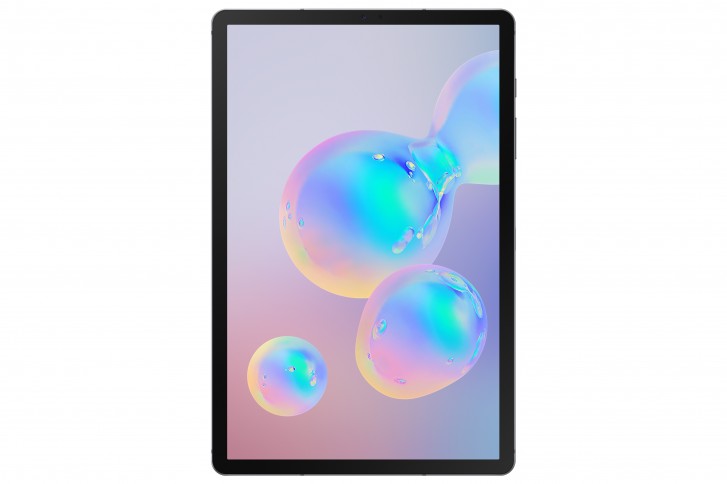 To our surprise, the tablet also carries not one but two cameras on its back. The main one is 13MP while the secondary unit has ultra-wide 123-degree field of view. The front holds an 8MP camera for selfies and video calls. Fun fact: this is the first tablet with an ultra wide-angle camera, at least according to Samsung. 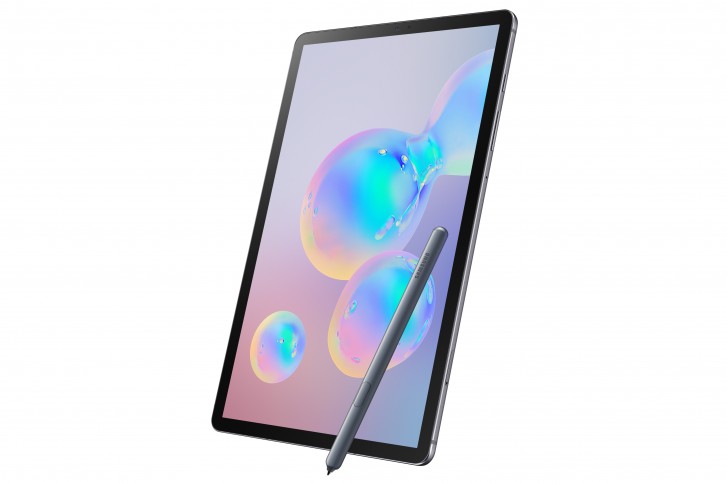 A 7,040 mAh battery powers it all while the S Pen holds a small 0.35 mAh charge, which is still enough for about 10 hours of operation. The best thing is that the stylus can charge in just ten minutes spent in its own dock. 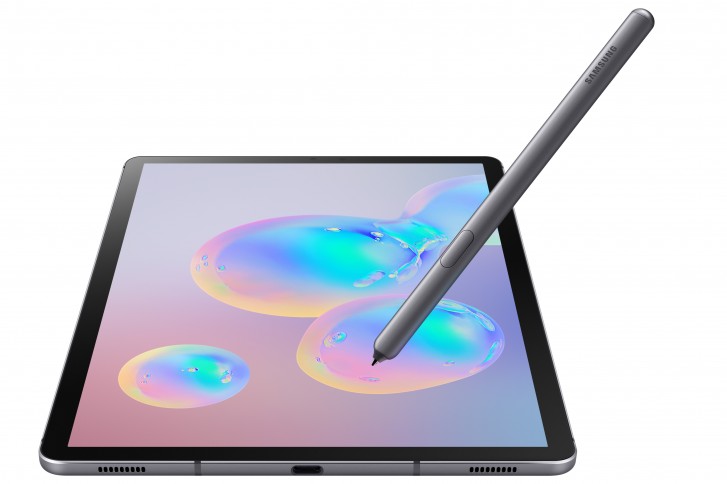 Speaking of the S Pen, it can now work as a remote control for your multimedia player or when taking photos. Basically, it adopts the same functions as the S Pen on the Galaxy Note9.

Additionally, the Galaxy Tab S6 supports Samsung's DeX which combined with the Book Cover Keyboard can turn into a PC for better productivity and multi-tasking.

For security, Samsung has added an optical fingerprint reader under the screen making the tablet one of the first, if not the first, in its category to adopt the tech.

The device is available in Mountain Gray, Cloud Blue and Rose Blush colors starting at $649 for the 6GB RAM and 128GB storage version while the 8/256GB variant will go for $729.

See samsung still has google software but in their own way. Samsung is the only android company that use their own UI. But Google and Samsung are the 2 biggest competitors. They are like at war

How Samsung can afford to put an AMOLED display on its tablet where Apple cannot? I am sure the day Apple introduces an OLED display on iPad, they will price it twice the current price.

These comment section seems like it is mostly from professional user. I find it funny I mean most people buy expensive gadgets is it not always for professional job. There is still many casual user that still want versability and Google Ecosystem and...