5. Using it with an iPhone

What if you're an iPhone user but don't want an Apple Watch? We knew that as an iPhone user we'd take a hit in some functionality and features but would they be enough of a turn-off to turn us away from using the Samsung Galaxy Watch in conjunction with an iPhone?

During our testing, on the 22nd August Samsung released an update to their companion iOS app to officially support the Galaxy Watch while re-branding the app 'Galaxy Watch'.

The Galaxy Watch iOS app provides the battery, storage and RAM status of the Galaxy watch, configure many of the settings on the watch itself, as well as providing a method of finding and installing watch faces and apps. 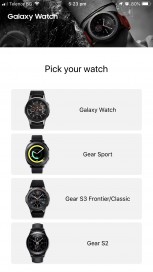 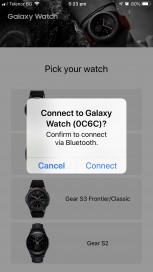 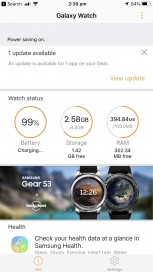 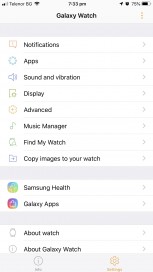 During our time the app proved to be reliable and coherent in its layout.

And that 'chunk of functionality that we knew we'd lose?

Phew - got all that? Those were the major ones that we came across during our testing.

The app itself falls far short of the offerings from the likes of Fitbit, Garmin and Apple lacking a coherent look and feel resulting in a much higher learning curve and even then the lack of organization makes delving into your stats frustratingly slow. 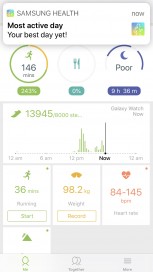 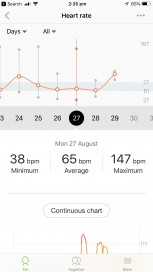 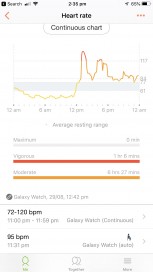 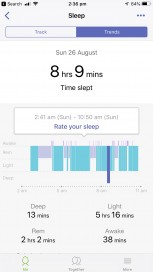 Next Page » 6. Verdict
5. Using it with an iPhone
Reviews Samsung Galaxy Watch reviewPage 5