Saying that smartwatches have become an integral part of our lives would be an overstatement but we are (probably) headed in that general direction. And we believe that Samsung, as one of the pioneers in the field, has got quite a lot of things right. The current Galaxy Watch3 is the epitome of excellent craftsmanship and software optimization so even with that steep price tag of around €460, there are a couple of good reasons why you'd want to buy one. It's easily one of the best, if not the best alternative to Apple's Watch. 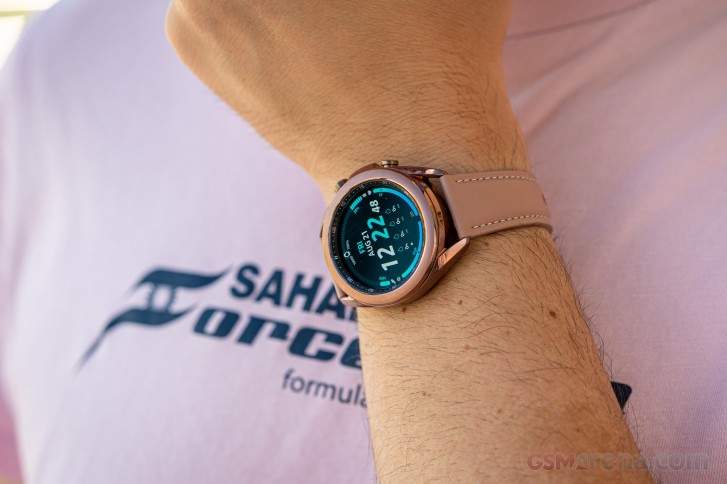 Sadly, we only received the smaller, 41mm model so we couldn't get the most out of the experience as the display on that model is just 1.2" while the 45mm offers a larger 1.4" panel. Also, the battery on the 41mm model is 247 mAh as opposed to the 340 mAh battery on the 45mm model. Both options are somehow of a downgrade compared to original Galaxy Watch but we do appreciate Samsung's efforts into keeping the feature gap between the 41mm and the 45mm variants as low as possible. The 41mm this year gets an LTE option and a loudspeaker, which can be used for making phone calls. Features that are usually left out in smaller-sized devices from Samsung and other makers as well. 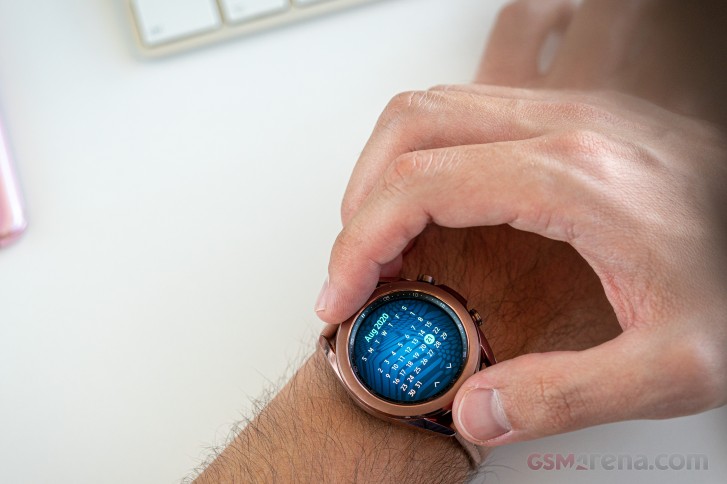 Smartwatches these days are quite more fragmented than smartphones in terms of the hardware and software they use. Since Google's Wear OS platform failed to deliver a competitive user experience and because manufacturers are always looking for ways to make their products stand out, you have much more variety with smartwatches. Some are geared for battery longevity and only relay notifications from your phone, while others are capable of running apps on their own and be more independent.

The Galaxy Watches fall in the second category. They run Tizen-based wearable OS, they can run apps, they have Wi-Fi and GPS, and certain models even have LTE connectivity. As a downside, they don't last very long on a single battery charge - you are looking at 2-3 days at most.

In terms of hardware, the Watch3 has few upgrades over the original Galaxy Watch. The Exynos 9110 still powers the whole thing, but the operating memory gets a boost up to 1GB and internal storage is 8GB for both models. The display is brighter as well while retaining the same 360 x 360px resolution. 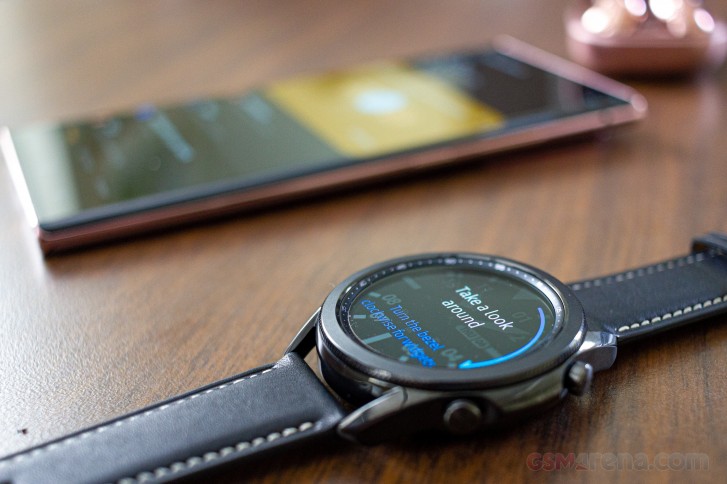 The best part, however, is the physical rotating bezel. With the Galaxy Watch Active and Active2, we thought that this iconic feature of Samsung smartwatches is now gone. But we guess the company has listened and the rotating control is back once again and it's better than ever. 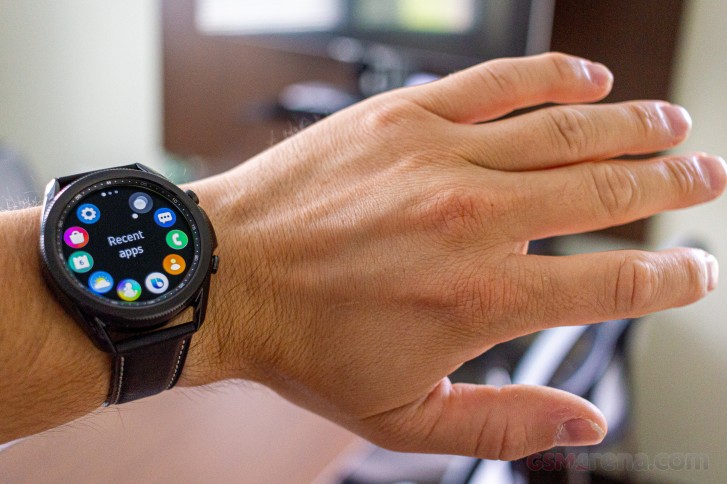 And while hardware-wise the Galaxy Watch3 isn't bringing a staggering upgrade, the health and fitness-related features get a significant boost. You now get ECG, and a blood pressure monitor and other tracking functionalities. It's unfortunate that only a few markets can get the most out of the ECG-certified monitor. At least for now. 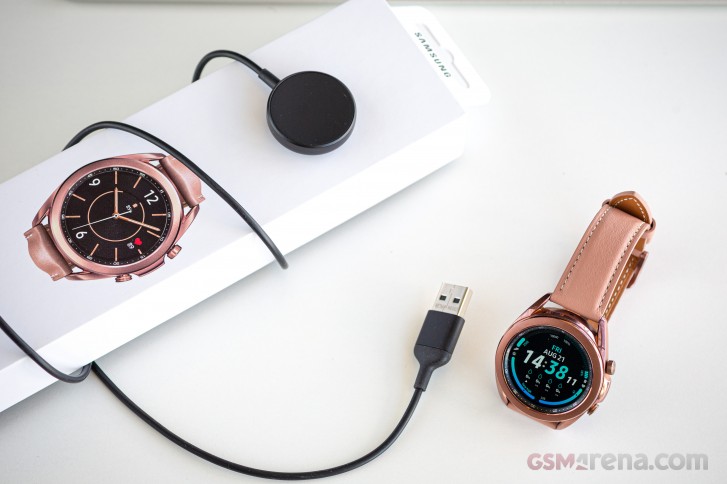 Does this watch capable of performing its FULL CAPACITY other than the sumsung phone itself like: 1> other Android phone or Apple iphone. 2> does it have camera control shutter to the Android or iphone. 3> does this capable of answerin...

Good Morning to all this is my first time having Android phone and Galaxy Watch 3 all notifications on the watch are working perfectly except for the Whatsapp, the notification received but without sound or vibration i checked extensively on...

i bought the galaxy watch 3. is anyone have an issue with the battery. charge the watch last night. today afternoon already at 23%. thank for your feedback