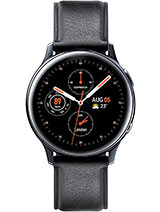 Krypton114, 22 Nov 2019I bought this in november 2019. I regret it now. I mean its a good watch but for the price it ... moreI bought the Samsung Galaxy watch 42mm LTE version. It's a great watch and I can make and receive phone calls on it and also notifications and other info. It has interchangeable watch faces from digital to analogue and also colour changes. My only criticism is battery life with wifi and Bluetooth always on and mobile data. I can only just squeeze a day out of it which means that I charge it every night as I sleep. Otherwise its a great device.

I bought this in november 2019. I regret it now. I mean its a good watch but for the price it could be better. The apple watch is £500 more or something stupid like that but its alooott better. Samsung couldve added more storage for only a bit extra. 4gb is not great and i feel as if they couldve made this alot better. Battery is alright. It lasts 2 to 3 days easily. Its not worth buying the 400 pound active 2 as you have to pay extra monthly and theres no point. Only buy the 44mm as the 40mm is wayyy too small.

Does anyone know if the straps from active 2 stainless steel match the aluminum and vice versa? has anyone tried this?

Anonymous, 14 Nov 2019I bought this watch mainly for these 3 things : 1: OLED Screen 2: BT Calls w/ Speaker 3: ... moreI have just bought the Samsung Galaxy watch LTE small face version. At first I could not receive phone calls out of Bluetooth range but after I fiddled around with the settings it's now all good. My only gripe is the battery which needs charging every day. I notice that you disabled the My Health rubbish. I'd like to do the same but I want to retain the steps counter. Am I able to do this? Can I also disable all the other rubbish such as weather reports etc. without upsetting anything else on the watch? I'm sure that it all chews into battery life. Incidentally do you use 'always on' or is it turned off. I have mine turned off to save battery.

I bought this watch mainly for these 3 things :

Does anyone know the battery life time of the lte version?

Got one and handed it back continuous heart rate was way off by 25 beats and in 100% charge had only a 1day 18 hour battery life on the app and that's after taking off the always on display brightness down to 5 and disabling various apps..

chet, 27 Oct 2019go for active, it has incoming and oitgoing callsI am wearing an Active 2 (non-LTE version) as I type and I can confirm that it also can take incoming/outcoming calls through its speaker, as long as it is connected to the phone.

Best overall Android smartwatch so far, however people tend to miss some HUGE fails of this product:
1. Virtually no storage space for user content. Considering that the OS takes more than half of it's 4GB storage really it not much left, except maybe for a dozen lowQ mp3s. Series 5 has 32GB.
2. Form factor. Round might be sleek, but is it smart? For mecanical watches is natural, but for smartwatches is it? All digital content is square, and surprisigly a quare form factor fits about 30% more screen. Again Series 5 44mm model is 1.78'' while Active 2 44mm is 1.4''.
3. Not having a compass. I suppose when driving one uses it's phone, and driving speed is high enough to detect direction from positioning, but when walking or hiking you'll want to use your watch, and if it gas GPS, with a map. At walking speed without a compass you won't see where you are headed. Fail. Again, learn from Series 5.

Anonymous, 05 Aug 2019I'm not sure whether I should get the Active or Active2... will the rotating bezel on the Acti... morego for active, it has incoming and oitgoing calls

boI Y33t, 24 Aug 2019Apple watch has 10.7mm thickness, this one has 10.9mm, you couldn't even notice something as s... moreI think he/she refers to the on-screen bezels, which admittedly are thick compared to similar watches like Ticwatch, and not the thickness of the case.

For men with medium size wrist which one is better, 44mm or 40 mm ?

I assume the listed screen-to-body ratio is incorrect? It doesn't make sense that it could be only 32.7% being among the slimmest bezels I've seen on recent smartwatches.

Imran, 12 Sep 2019Can u plz guide me which one is best Apple watch 5 / samsung watch active 2. Wifi version/... moreThe same. If you have Iphone buy Apple watch. If you have Android buy Galaxy Watch Active 2 .

Imran, 12 Sep 2019Can u plz guide me which one is best Apple watch 5 / samsung watch active 2. Wifi version/... moreNothing better than apple

Can u plz guide me which one is best
Apple watch 5 / samsung watch active 2.
Wifi version/LTE version

Anonymous, 16 Aug 2019Why the mega-bezels? Like with phones now; make them non-existent. More memory needed (think... moreApple watch has 10.7mm thickness, this one has 10.9mm, you couldn't even notice something as small as that [the difference is 0.2mm]. Also not to mention the Apple watch is heavier than the Active2.