Samsung Galaxy Xcover 5 will cost around €300, a cheaper alternative to the Xcover Pro

The Samsung Galaxy Xcover 5 leaked in detail earlier this month, now WinFuture has some additional information. The rugged phone will reportedly be available only to businesses initially. It will support features like mPOS – mobile point of sale – which are aimed squarely at companies rather than consumers at large.

A budget of just under €300, specifically (the Pro costs €500). To get there, the phone will be powered by the Exynos 850 – an 8 nm chipset with eight Cortex-A55 cores and a Mali-G52 GPU. It will be equipped with 4 GB of RAM and 64 GB storage, plus a microSD slot if a particular application requires more memory. 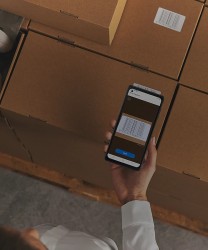 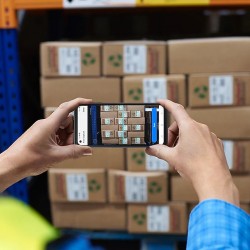 The Xcover 5 will run Android 11 out of the box with corporate-friendly Knox features. Last year Samsung announced Knox Capture – an enterprise-grade barcode scanning solution that uses the camera.

Connectivity includes 4G LTE Cat. 7 (300 Mbps down) and NFC, which is a key part of the mPOS functionality as it allows the phone to act as a terminal and accept payment with credit and debit cards.

There will be a 16 MP camera on the back (f/1.8), which will probably be used for scanning barcodes more often than taking photos. A 5 MP (f/2.2) camera will be available on the front if there’s an occasion for a selfie.

The 3,000 mAh battery will be user-replaceable. Inside the phone it will charge over USB-C at 15W and we wouldn’t be surprised to see pogo pins for charging on a car mount. Also, Samsung usually releases a cradle that can charge a spare battery, so that there’s no downtime when an Xcover phone’s battery dies. 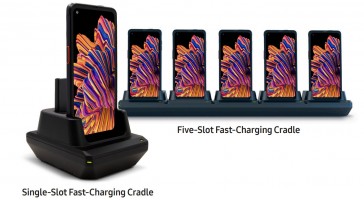 Naturally, the phone will be IP68 dust and water resistant (no IP69, seemingly) and it will carry a MIL-STD-810G qualification. An LED flashlight is a neat addition that comes in handy sometimes.

It’s not clear when Samsung will unveil the Xcover 5 or how long it will be after that before regular consumers can get their hands on one.

Seems to be 16:9 screen 1600x900 pixels. Under the screen hardware navigation buttons. Probably a little bezel on the top , or a punchole or even a notch.

When is Samsung going to smarten up and actually make good quality phones for the average user who has never forgiven them for doing away with user removable batteries in decent phones in the first place...There is a massively huge market for such ph...