Samsung is due to release a pair of new foldables later this year as the successors to the Galaxy Z Fold 2 and Z Flip. We’ve heard a few rumors on the Z Flip successor and now we have more substantial info regarding the device’s battery thanks to certifications from Safety Korea, 3C, and the DEKRA agencies.

It appears the next foldable clamshell in Samsung’s Z-lineup will have a dual battery design as listings on Safety Korea reveal pictures of the two cells bearing the EB-BF711ABY (2,370 mAh) and EB-BF712ABY (903mAh) model numbers. 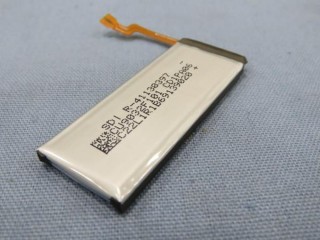 The total capacity rounds out to 3,300mAh which matches the original Z Flip and the Z Flip 5G. Based on this info we can assume Samsung will house the larger battery cell at the bottom of the devices while the smaller one will reside in the top half.

The Z Flip successor is believed to carry the SM-F711 model number and will allegedly offer a 120Hz AMOELD display and narrower frame. In addition we’re expecting stereo speakers and 128GB/256GB storage options. A chipset and camera upgrade are also due though we haven’t found any reliable info on those components so far.

I brought fold 1 until now screen is ok.. Already almost 2 year How long u use phone before change to new one.. 1 year? 3year or 10 year? Usually normal people will switch 1 until 3 year.. So not to waste buy now Later change a...

Yes. Fold glass in half. Youll need a new display eachtime the phone is folded then

Just wish folding phones used real glass, right now they're too fragile to be used as a daily driver...