Samsung Galaxy Z Flip to have a 3,300 mAh battery, ultra thin glass and plastic on the screen

More details are leaking today about the Galaxy Z Flip, Samsung's second foldable smartphone, that is expected to make its debut next month alongside the Galaxy S20 family.

The phone, previously thought to be called Galaxy Bloom or Galaxy Fold 2, will reportedly come with a 3,300 mAh battery. That's definitely unimpressive, but it is bigger than what Motorola could fit into its reimagined foldable Razr with its disappointing 2,510 mAh cell. 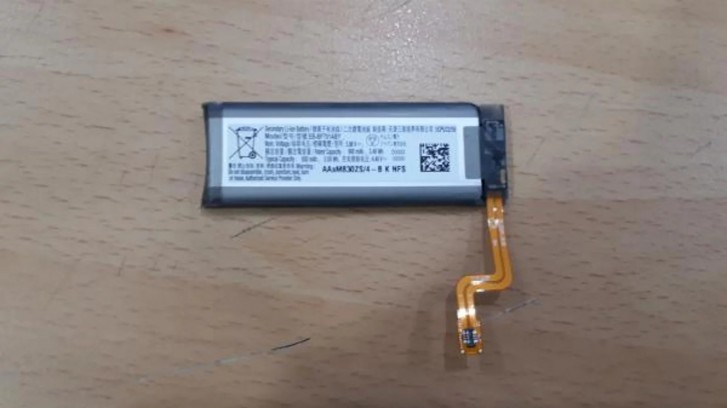 With that capacity, the Galaxy Z Flip at least has the potential to make it through one day of use that isn't very heavy, and the rumored fast charging will help top it up real quick. Additionally, we got some more details about the screen of the phone.

Unlike the Galaxy Fold, Samsung won't just be using plastic on top of the foldable display panel. Instead, it will layer some ultra thin glass (that has been rumored before), but here's the plot twist: there's going to be plastic layered on top of that glass. So if it gets scratched, it's only the plastic and not the glass that is fused to the display itself.

Hopefully this means that you could replace just the plastic layer if you wanted to, which would definitely cut down on costs significantly.

Man by that comparison 32% should be huge difference but in small screens such as button or feature phones. On a large 6-8 inch screens 800 mAh wont give more than just 2-4 hours maybe 6 hours. Thats not much.

Z flip is an unnecessary device. what is the point of a foldable 7 inch phone that any 7 inch non foldable phone can fit in a pocket

Man on a button phone the 800 mAh will make huge difference but not on a 6+ inch screen.