Samsung Gear A round smartwatch will be launched in three versions

Samsung's first round smartwatch, which is hopefully going to be released by the end of this year, has been leaking for months. The Gear A was codenamed Orbis, and recently its features and specs have been made public. Samsung itself even confirmed certain details about it too.

That said, the Gear A is still not official. That may change soon, but in the meantime we've got some new information on it thanks to yet another leak. 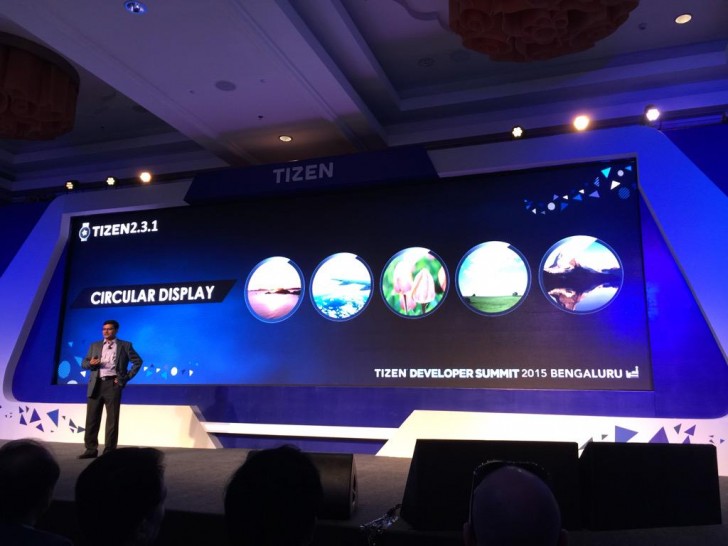 This one says there will be at least three versions of the watch, boasting the model numbers SM-R720, SM-R730, and SM-R732, respectively. All of these apparently still have Orbis in their internal codenames. The SM-R720 is the Orbis 1, the SM-R730 is known inside Samsung as the Orbis S2, while the SM-R732 is the Orbis Classic.

It's unclear at this point what the exact differences between these variants will be. Perhaps Samsung will go the way of Apple and launch the smartwatch with multiple material choices. There might also be connectivity differences, as we have previously heard that one iteration of the Gear A will come with mobile data support on top of Wi-Fi and Bluetooth.

The Gear A may be introduced to the world either during Samsung's Unpacked event on August 13, or at IFA in Berlin in a few weeks. It's been rumored to sport a 1.65-inch 360x360 Super AMOLED touchscreen, the Exynos 3472 chipset, 768MB of RAM, 4GB of storage, NFC, a heart rate monitor, and a 250 mAh battery. It will run a special version of Tizen. It will use a rotating bezel for easy navigation through the OS.

Hopefully the ram will be beefed up with the battery. Its a shame! What I would like to know is more info on the upcoming TagHaeur digital watch. This might interisting especially with its $1500 price tag

Ok, Apple products gets a lot of attention, so, most people will have heard of them, and therefore they are often good to use as references, to get people to understand a concept. (I dont like that, cause it gives apple an unfair amount of attention,...

i bet all three of there smartwatch will all be different, unlike apple which they all look the same.