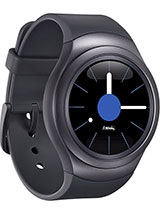 Anonymous, 20 Apr 2020I got mine April 2019 ever since I first got it I have been having battery problems. The main ... moreIt probably faulty I’ve had it for more then 4 years and it’s still fully functional

I've had mine since 2015 - wonderful watch - still running strong!

Anonymous, 20 Apr 2020I got mine April 2019 ever since I first got it I have been having battery problems. The main ... moredelete the bloatware that comes with it off, because all those apps kill your battery.

I got mine April 2019 ever since I first got it I have been having battery problems. The main problem would be overheating.It would overheat and die in ten mins or less.

Nice watch. I've been using it since Christmas 2018 and it works really well. Pretty good upgrade from my Fitbit Charge 2. And it actually syncs with my LG Stylo 3 Plus unlike my Fitbit Alta and Charge 2... The Gear S2 is like a phone on your wrist

I have a concern, thi watch is compatible with my Huawei mate 10 pro? Because I watch a video were some use the mate 9 with the gear s3 and it work perfectly fine.

The watch is very pleasant to wear. The battery usually keeps for 2 days of continuous use (i have it on my wrist since yesterday morning, still 40% battery left). I bought the device 2 years ago, so the battery issues that some are talking about are not real. Update the watch OS, and everything should be OK.

My samsung sports gear S2 draining battery very rapidly after updates.
Any suggestions plz that why is it lasting for only few hours..... around 5-6 hours after a full charge.
And it's full charging requiring 2 hours approximately.

Anonymous, 23 Apr 2017I had it for two days. I tried it in heavy use and i can say it can last 16 hrs not more. For ... moreThats when it was new. It last no more than half day of normal use after 2 years, the battery is too tiny and samsung squeezed extra capacity out of it causing rapid battery degradation. Apple watches have ok capacity after 3 years, another reminder that we have only one brand that care about durability.

So any fans now want to admit they were wrong, that the gear s2 is in fact quite useless and already almost worthless, just as predicted at launch by people who actually know anything about gadgets (me)?
I say it again, its very unwise to buy anything else than apple watch, its the only updated and supported wearable that has real life usability.

Ty joel, 02 Jun 2018Please what type of samsung gear can work with samsung j7pro (2017)?Yes Dude since 6 day but You have to download the app of samsung galaxy gear from the app store it's available now

Please what type of samsung gear can work with samsung j7pro (2017)?

Does it work with iphone 6s plus?

I have been using Gear S2 for several months now. Previously I had a Samsung Gear Fit 2 which I liked perhaps more than S2, however, it gave me lots of headache due to its erratic charging issues.

The only issue that I have started facing recently is the failure to post the workout (walk with map) on my Facebook profile.. Previously, it worked flawlessly, but perhaps after one of the recent software updates, it has been facing this issue.

I shall be grateful if someone could guide me how to resolve this issue. I use Gear S2 with my Samsung Note 4. Thank you.

Anonymous, 20 Nov 2017Yes, the speakers are the 3 holes on the left side of the watchI think there are some variants of the Gear S2 which do not have an external speaker. The 3G version does have an external speaker and can play music stored on the device, but I don't know why you would want to, because it isn't that great. You will get audible notifications, alerts, etc. Hardware wise, this is still a stout device, especially compared to all the more affordable smartwatches recently released.

AnonD-716690, 18 Nov 2017Does the watch really have a speaker because I have one and it only vibrates so I have no Idea... moreYes, the speakers are the 3 holes on the left side of the watch

Does the watch really have a speaker because I have one and it only vibrates so I have no Idea how to know if it does have speakers or not???

Is it completely compatible with s8?

Wongndeso, 20 Oct 2017is it compatible with all android smartphone or just for samsung smartphones?Yes, I'm currently using it on my S7 and S8.

is it compatible with all android smartphone or just for samsung smartphones?