More than two months after it made them official at IFA, Samsung is finally ready to launch the Gear S3 classic and Gear S3 frontier in the US. Although we've already seen Best Buy starting pre-orders for the duo, today the Korean company has officially revealed the release details for that particular market.

The smartwatches are priced from $349.99, and will be available to buy from Amazon, Macy's, and Samsung's own online store, aside from Best Buy. You'll also find the LTE-capable Gear S3 frontier at AT&T, T-Mobile, and Verizon. The carriers will share their own availability and pricing details at a later point. 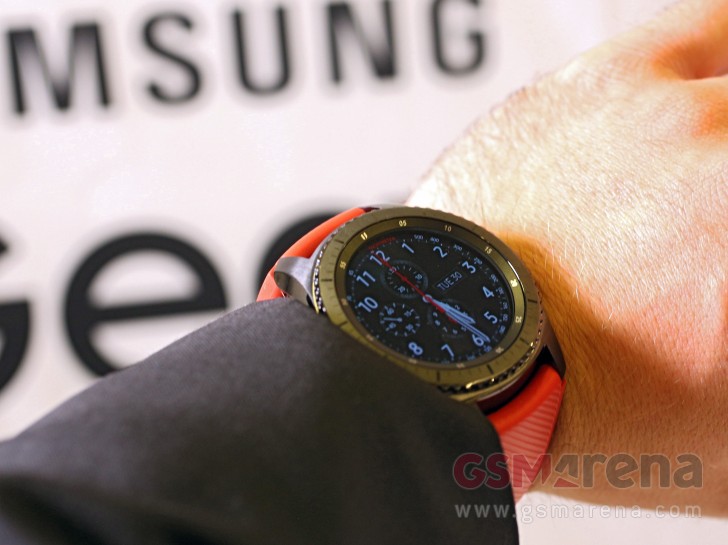 Pre-orders officially start on November 6, which is this Sunday. The two Gear S3 models will be out on November 18, which barely fits with the previously announced "mid-November" release time frame.

Both Gear S3 devices come with a 1.3-inch 360x360 circular Super AMOLED touchscreen, a 1 GHz dual-core processor, 768MB of RAM, 4GB of storage, Bluetooth, Wi-Fi, NFC, MST, GPS, a speaker, a microphone, and a bunch of sensors: accelerometer, gyro, barometer, heart rate monitor, and ambient light sensor. They charge through wireless induction, and are IP68 rated for water and dust resistance. The battery is a 380mAh cell. The Gear S3 frontier adds 4G LTE connectivity. They both run Tizen.

Time to get my 3rd Gear S. I have all the other models. May as well make it a complete set!