Samsung Germany’s website had posted a new support page for the Galaxy Tab S7’s model number – the same one that was spotted on Geekbench last month: SM-T976B. The page didn’t reveal much about the Tab S7, but it did inadvertently confirm the existence of the new tablet. The support page has been taken down since the initial reporting.

The Galaxy Tab S7+ 5G will be powered by the Snapdragon 865 chipset (as revealed by the Geekbench listing) so we are expecting the tablet to arrive with support for 5G networks. A large 9,800 – 10,000 mAh battery will power the tablet’s 12.4-inch display (11-inch display and 7,760 mAh battery on the vanilla version), and both are slated to have 120Hz refresh rate displays. 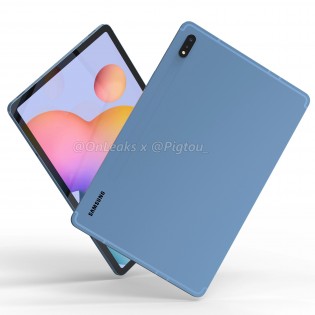 Samsung is gearing up to announce its next bunch of flagship hardware devices. The company will hold a livestream event in August where it will announce the New Galaxy Note20 series, a new Galaxy Z Flip 5G, and the long-awaited Galaxy Fold 2.

Thanks for bringing flashlight back in samsung tab!

Samsung Galaxy/note nice Samsung tablets and android tablets no thanks.