A yet to be announced Windows Phone device by Samsung appeared in Bluetooth SIG certification and UA profile. Carrying the model number SM-W750V, the smartphone is likely headed to the North American market. 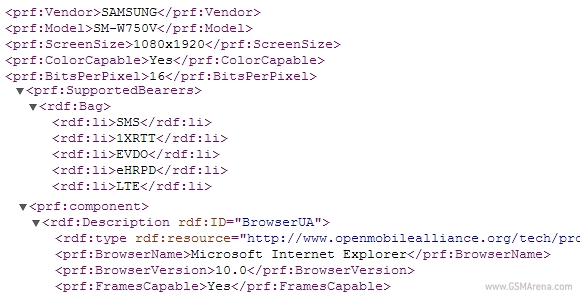 The bits of data reveal that the yet to be announced smartphone features a display with Full HD resolution (previous appearances of the device reveal a unit with a 5" diagonal). Unsurprisingly, LTE connectivity is also present on the SM-W750V.

Samsung has been quiet on the Windows Phone front for quite some time, thus leaving the ecosystem all but entirely to Nokia. There are no details on the release date of the Samsung SM-W750V just yet.

I've got Samsung's Ativan S windows phone 8 and I'm very glad to have that. I wish that Samsung continues to build Windows phones.

So you meant to say you are not man enough to hold a "real phone". Pity on you.

You didn't get it. I said "already has" doesn't mean other brands aren't welcome. Need more? :)