Neither April has arrived yet, nor Google has announced details for the April security update. However, that isn't stopping Samsung from rolling out the patch, which has already started hitting Galaxy J3 (2017) units in some markets. 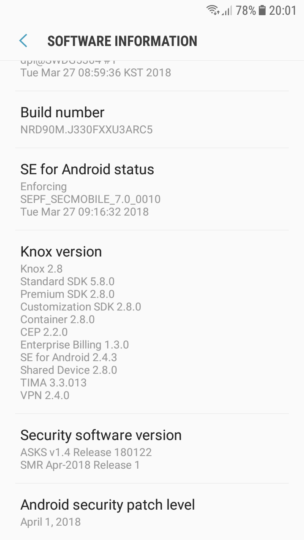 Specifically, Netherlands and Luxembourg are the regions where the update is currently live. Needless to say, there's currently no information on what all issues are fixed in the patch.

Given the roll out has just begun, it may take time for the notification to pop up on your handset's screen, so be patient.

I got this April patch too! S7 user here.

Ask your carrier why the update is late