In a not so surprising move Samsung released its latest flagship with a fingerprint scanner just as rumors suggested. The home button on the Galaxy S5 does more than just unlocking the phone though.

Samsung is also providing its fingerprint scanner information for use with other apps so developers can, for example, replace passwords with biometric print data. 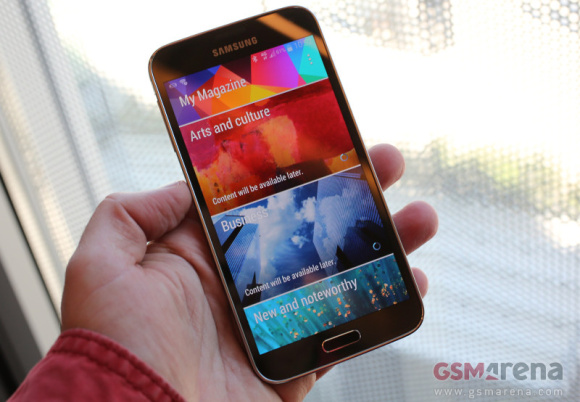 This is done with the Pass API, released as part of the Galaxy S5 development kit. PayPal is the first to utilize the open API and will allow confirming payments via fingerprint on the Galaxy S5.

Apple on the other side held its fingerprint scanning information under lock and key inside the A7 chip and only allows data to be shared (read used) with its own services (like iTunes, iBooks, etc.).

Some might argue the latter is a safer approach amid constant raiding of online-accessible personal information. On the other hand the fingerprint scanner opens a world of possibility and enhanced usability.

What say you, loyal readers? And while you're mulling it, here's our hands-on with the Samsung Galaxy S5.

Great - It wont take long for the criminals to lift your finger prints from the wonderfully secure android device.

Very bad move, but not surprising. They can always blame everyone else if anything goes wrong.