Samsung has reached yet another sales milestone with its Galaxy S III flagship. The Korean giant just announced that it has sold 30 million units of the smartphone worldwide. The number includes the I9300 as well as carrier specific versions offered in specific markets such as the United States, Japan, and Korea and is spot on with earlier expectations. 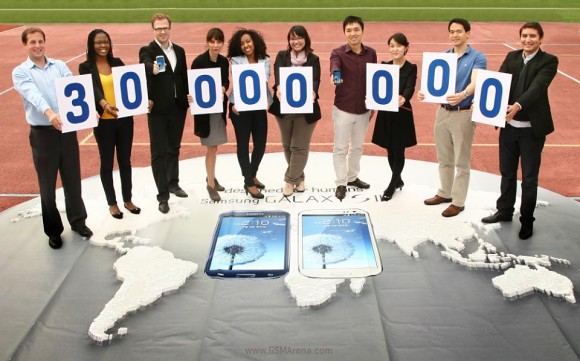 The above number has been achieved in an impressively quick fashion – the first Samsung Galaxy S III units hit the shelves roughly five months ago. With the upcoming holiday shopping season right around the corner, coupled with the healthy drop of the handset’s price in some major markets, it is all but guaranteed that the number will increase even further, thus cementing the position of the device as the go-to top shelf Android smartphone these days.

I have galaxy s3 XXDLJ4 when I update 4.1 Face unlock is missing have any body solve the problem