Samsung has finally started sending out the official invites for the event in London on May 3 for the next Galaxy handset. 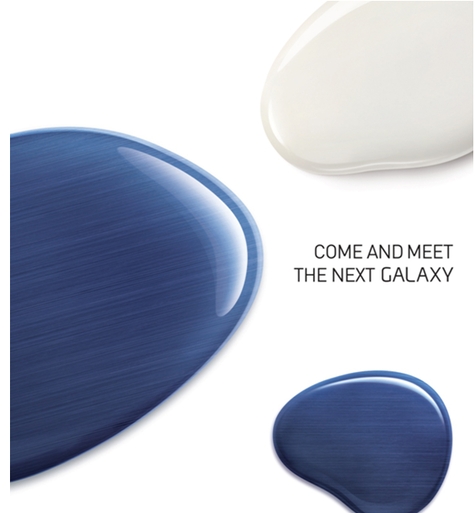 The invite doesn't say much but it's highly likely that it will be about the Galaxy S III (or whatever Samsung decides to call it). It's clear from the invite that Samsung is talking about only one device here, which makes us all the more certain that it is just the Galaxy S III that Samsung will announce. As far as the puddles of liquid seen in the invite, it could be nothing more than something used to fill up the invite image or something as exciting as an indicator for the device having a Liquidmetal body.

Samsung has taken its own sweet time with this device, even choosing to play it low at the popular Mobile World Congress this year, which is when companies make major announcements. Hopefully, this phone will live up to everyone's expectations.

The path between the blobs forms a "S" :p

note that it does not have a S after galaxy and it may not be the S3, the word galaxy can refer to a collection of systems as in the space term, maybe there is more than one device to be revealed

You and Mobilemaster are genius. I have not understood what the other guy (to whom both of you replied) has written. No personal allegations , but that was really sick comment