Samsung officially announced their new QWERTY Smartphone Samsung SGH-i320. It remained a mystery why the Korean mobile manufacturer delayed the announcement so long since the model have been well known for a good deal of time already. The first time we actually had a look at it was on the first day of the 3GSM Barcelona this February when the Korean manufacturer had mistakenly put it on display. 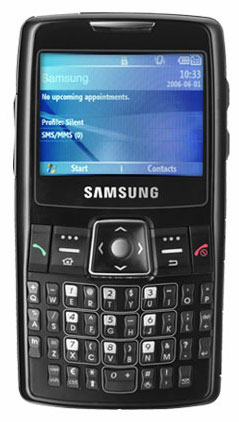 The smartphone really offers nice performance in a modest body - the handset is only 11.5 mm thick and weighs mere 95 g. The phone boasts a 2.2-inch 65K color TFT display with a QVGA resolution of 240x320 pixels along with a 1.3 megapixel camera and integrated dual speakers. The device offers 120MB of internal memory and has an expansion microSD memory card slot. Connectivity options of the tri-band GSM handset include GPRS Class 10, EDGE, Bluetooth and USB support.

The "smartness" of the Samsung i320 comes from the Windows Mobile 5.0 OS for Smartphones. Frequent email users would be the ones to benefit the most from the new device as it supports push email allowing exchanging of emails in real time -the QWERTY keyboard adds a lot to the ease of use. Samsung i320 will compete on the market with Motorola Q and Nokia E61, which are devices with the same form factor; i320 is the smallest and lightest in this company.

The coolest thing about the late announcement of the gadget is that it will become available in Europe by the end of July. 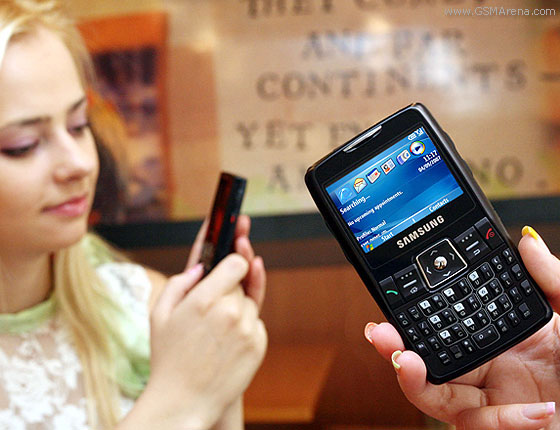 I prefer this one instead Nokia E61, because of the camera.

I definately wouldnt buy this phone..its ugly and need more than a handbag to put it in LOL

Great... another Windows Mobile device... first, it's aimed at the business sector. second, it's based on an operating system I can't trust on my home computer. third, it may look good, but it's not a phone anymore. I don't know why this is desc...