Smartphones for the masses is what Samsung want and Bada alone won't be enough perhaps to get them there. Why not the Samsung I5800 Galaxy 3 then? A mid-range Android phone with a custom paintjob on the OS and few nice software surprises - doesn't sound bad at all. 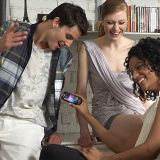 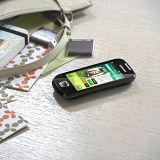 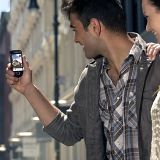 Android is infiltrating the lower smartphone ranks. Mission objective: cut down on expensive hardware features and provide a robust experience. The Samsung I5800 Galaxy 3 does just that. The hardware won't make it a flagship, but with 3G, Wi-Fi, GPS, Android OS (slightly modified and even improved) and a 1500mAh battery it sounds like a reliable phone that can do the job for most people.

The Samsung I5800 Galaxy 3 has no flagship aspirations and it doesn't need to look like a million bucks. The minimalist design means it's not too extravagant, but it's not boring either. High-end, cutting edge phones are reputation builders, but it's usually the mid and low end handsets that end up in most people's pockets. Pocket is the keyword and the Samsung I5800 Galaxy 3 seems well aware of that.

About the software surprises we mentioned - one of them is Swype, a novel way to type on a virtual QWERTY keyboard, and the other is the excellent DivX/XviD support. Not that it's a surprise coming from Samsung, but certainly a great feature to have. And it's rare enough on Android.

On the next page, we take the Samsung I5800 Galaxy 3 for a spin and check the newborn droid in and out.

Disclaimer: This preview is based on an early Samsung I5800 Galaxy 3 prototype. Changes in the final retail product are highly probable. We'll update this article when we get a more final version of both the hardware and software.

at first look i ddnt lyk this phone at all. but when i looked at the features i thot it was an ok phone, but when i read the review i now considered this phone as my 1st choice bcoz it seems pretty interesting.......i thnk i will buy it !!!

Got this phone now (was in need of a cheap Android, multitouch phone) The screen resolution could have been better. For now I like it, but have problems connecting it to my PC. It will not connect to the PC as a mass storage device. Will not connec...