just wondering if its possible to upgrade the Omnia(or anyother WM6.1 phone) to Windows Mobile 7 once its released? Some parts of WM6 looks like it came from windows3.1, so fugly...

hi guys
is that true the price of omnia is 300$ as it mentioned in this site:
http://www.phoneassureltd.com/sasgom.html

I followed Lee's reliable advice and was able to have hands on the phone in Phones4u.
It is currently only available on Orange. Mobiles.co.uk do have it on O2 but only for new contracts. Vodafone say it is released on Monday next, but stores have no stock and have no idea when it will arrive. O2 are being pretty useless still (sorry Lee) and have no idea of their release date or therefore availability.
The phone itself looked to be all that one would hope for but unless you move it quickly it does not change from normal to panoramic view. Some of the icons are also small and don't respond immediately and you will need to use the stylus for anything other than basic functions. Still want one, and will probably leave O2 and switch back to Voda, hoping their customer services are rather better these days.
Thanks again to Lee for reliable and helpful info.

So just a firmware upgrade fixed all the problems!

Now i actually m considering getting this phone! :D

Somik, 22 Aug 2008Why do people say it has so many problems? I read one about it having the problem of "this ... morehave the phone for almost 2 weeks, no problems like the one some ppl claim. maybe because i got the DXHG3 firmware, most omnia's come with the DXHG2 while the latest is DXG4 listed on Samsung website just for singapore.

Even if let's say you buy the phone and you have DXHG2 it won't be long untill Samsung updates their site with other countries for upgrades too.

Why do people say it has so many problems?

I read one about it having the problem of "this application encountered an error and needs to shut down" with many applications and even the cam.


Some said they can only run the cam once befoe it goes into permanent shut down.

I wanted to buy this one. But after reading those comments, i m afraid to buy it. Can anyone tell me if this is a good choise or not. Should i wait for SE X1?

lee, 22 Aug 2008no ya dont if u are with a network already ie o2 and upgrade in a direct o2 store u can only r... moreye sorry lee, i have fault in mind lol, if nothing wrong with then yes.

lee, 22 Aug 2008no ya dont if u are with a network already ie o2 and upgrade in a direct o2 store u can only r... morelol, they would wouldn't they!
try oft or offcom instead!

If iphone is the king then omnia should be above God :))

went into orange to have a look at the phone, the phone was a lot smaller than i anticipated :S and the fact that there's limited information as to when it will be available to on the other networks really doesnt help it at all

Hi all, I just bought the Samsung Omnia I900 Omnia yesterday.

I'm in the UK, and although not yet released, I did buy it from somone in ebay who got it from abroad.

It is the proper official PDA in the Samsung box with all accessories.

Only bad thing you do not get a case!!!

Anyway, after 2 days of use, the interface is very sharp, clear and responsive, watching videos is BRILLIANT and very clear, sound is very good and surprisingly loud!!

I did not play about with the camera too much or videos, but after taking a few pictures, they are very sharp and are between 1-2 megabytes in size, depends on how much detail is in the picture.

It comes with windows mobile 6.1, which is great so far, but some bugs such as internet not working. Wireless lan connects but once you go to browse, you get no internet connection and page cannot be displayed.

However, the PDA's response is quite fast due to 128 ram and the 612mhz processor.

Strange thing is that you can set an mp3 song as your ringtone but as for sms tezt messages, you cannot set your own tone, blame this on microsoft, not samsung as it is microsoft software.

Anyone have any questions?

Looking at the specs and the look of it, i would say that this is pretty much a cool phone!
to those of u own this phone, may i ask, is there any lacking on the device? software? hardware? or whatever?
need some opinion...
thanks in advance, (",)

Anonymous, 22 Aug 2008AS a lawyer I can confirm you have stated the legal position correctly. Plenty more I could ad... moreno official news yet as to when will be available with o2 but would expect us to stock it but not on our stock report for september so can not imagine it being out before the end of sept or begining of october with us as soon as i hear any date will post on here

lee, 22 Aug 2008no ya dont if u are with a network already ie o2 and upgrade in a direct o2 store u can only r... moreAS a lawyer I can confirm you have stated the legal position correctly. Plenty more I could add here but won't.
With all that is being said on this site, can you clarify if O2 are getting the phone or not, if so when and if the 8 or 16mb version or both will be available. Usually I upgrade in store, but if it is going to be another month then am thinking a web site linked to a store might simply be quicker and I can stay on my preferred tariff. Any help/advice appreciated.

i was told by adviser on vodafone's e forum
that is out direct from voda on contact on monday!!!!!!!!! Heres the link to the thread and have pasted his comment below also!


Thanks for the heads up getti! Dave-o, it's definitely scheduled for Monday 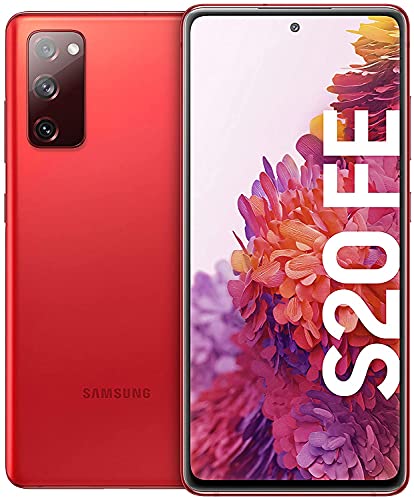