Before we go on with the testing and see just how smartphones are catching up with notebooks, a bit of history is due. We promise, we'll keep it short and interesting for you.

The 1970s saw the birth of both mobile phones and laptops. IBM had the first commercially available notebook in 1973, less than aptly called SCAMP (Special Computer APL Machine Portable). As you would imagine, it had the weight - but nor the firepower - of a tank.

Mobile phones didn't quite start on the right foot either. The first glimpse of a smartphone was born in the early 1970s, buck back then it was just a patent. The device imagined by Theodore Paraskevakos would help you easily pay utility bills via a bank transfer. When it wasn't doing this, it could also do data processing and visualize stuff on its display. 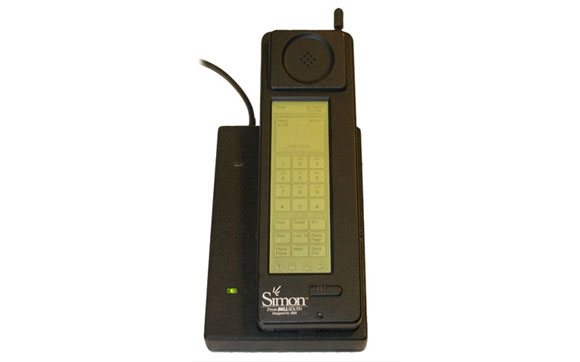 The cool idea became reality nearly two decades later, in 1992, when IBM (again) developed a prototype cellular phone with PDA features. Dubbed the IBM Simon Personal Communicator, it wasn't able to hit retail until 1994. It weighed half a kilo and carried a price tag of $1099.

Two years down the road Nokia enjoyed an unseen success with the introduction of the 9000. Slightly lighter than the IBM Simon, the Nokia clamshell sported a QWERTY keyboard and a big 640Ã—200 pixel display (which was pretty high resolution at the time). As people started embracing the smartphone as a handy mobile tool, which could do more than mere phone calls and text messages, mobile phone manufacturers started to get serious about the product, investing in platform and hardware R&D.

Custom and proprietary software was in the heart of each and every smartphone back in the day, but many companies began to understand that this isn't going to end up well - a standardized mobile operating system was needed that could run on a myriad of the devices. This way companies could focus their effort on a single piece of software and not on one for each new smartphone.

At that point laptops had a huge advantage in all important areas - processing power, available software, and in turn sales. The gap was measured in tens of times and it was getting bigger by the day, as that industry was were all the money were going.

The first ever laptop with a dual-core processor

Then more capable platforms were born the momentum started to swing. Symbian, BlackBerry, Palm, and Windows Phone came to show the way. At that point they were trying to emulate the laptop experience and used Windows as their main inspiration for adding new features.

And that could never work out too well as at the time smartphones had so limited processing power that they could never quite measure up to the bigger devices. By the time when the first dual-core laptop came into existence, smartphones were still at 100MHz single-cores - optimizations or not that's too huge a difference to overcome. The app availability was also pretty limited as there wasn't a good centralized repository and besides few were really willing to pay for something that runs on a phone.

Then Apple took the stage and things went mental. The iPhone showed that smartphones don't need to try and emulate laptops - they should play to their own strengths instead. After enjoying the comfort of more precise input through mice and keyboards for ages, laptop owners finally had their own reasons to feel jealous - the cool gesture navigation, the nice transition effect and the eye-candy a platform not obsessed with features could offer started the touchscreen craze.

Then there came the App Store and suddenly mobile apps were all the rage. Developers who previously couldn't care less about smartphones were now making them their primary revenue streams, giving laptop and desktop platforms the cold shoulder.

Then the chipsets started to evolve at an unbelievable rate. Less than six years after the first iPhone was launched, we have smartphones with chipsets that have 30 times its processing prowess. Take that Moore's law!

As smartphone vendors got more oomph to work with, they started to build up a feature set that is now pretty close to that of laptops. The strong foundation of platforms that are designed from the ground up for touchscreen smartphones, combined with the lack of obligation to support legacy hardware and software (since people change smartphones way more often than laptops) yielded amazing results.

Don't get us wrong, laptops too were evolving - getting thinner, lighter and various in screen sizes. It's just that they were obviously caught off guard by the rapid progress their pocketable friends achieved. Tables have turned and now it's laptops that look to smartphones for inspiration - just look at Windows 8.

According to reports by IDC, a reputable market research and analysis company, in the first quarter of 2013 alone smartphone sales amounted to over 216 million units. An impressive figure, which incidentally also marks the first time smartphones out-shipped feature phones, at 202 million. This rounds up to a total of 418 million mobile phones sold in just a quarter. And not one of high consumer activity at that.

On the notebook market things aren't as rosy. In fact, sales have been steadily declining, taking a 14% year-on-year dip to 76.2 million units in Q1 2013. In fact, this is the biggest recorded drop since IDC started watching the market.

The company's analysts can see the gap between mobile phones and laptops widening with an expected 919 million smartphones sold in 2013, against around 350 million laptops and personal computers.