Samsung's own Internet Browser is a popular alternative to Google's Chrome on Android, especially since the company made it available for non-Samsung devices as well. Currently, the Play Store offers the app in two variants - stable and beta but the latter still appears to be a step behind the v.9.0 found on APK Mirror.

The latest release brings a bunch of visual changes and appear to be more in line with the upcoming Samsung Experience 10 aesthetics. The first thing you will notice is the simplified navigation bar that now has a new menu button replacing the bookmarks shortcut. 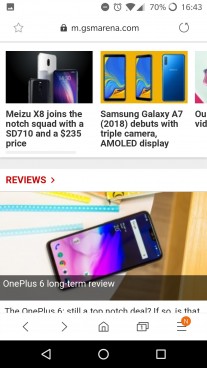 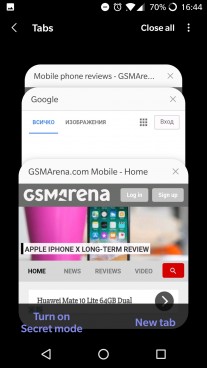 The design of the shortcuts has also changed and the so-called hamburger icon takes you to all the functions that you'd need, including the bookmarks. This way the pop-up menu is easier to reach with your thumb and scrolling is no longer needed. The tabs menu, history, bookmarks and saved pages are also overhauled as the tabs menu's background is now black.

We don't know when the new changes will arrive to the stable version but assuming it will be soon.

i have been using samsung flagships for the last 8 years and the samsung browser have since come a long way. the last 3 or so years saw its redesign and it really has become one of the best android web browsers, especially when they rolled out the ad...

It's a variant of chrome, but still better than Android stock browser (chrome)

Dolphin Browser is the best! Better than Chrome, Firefox and Opera combined. I've uninstalled Sammy's browser because it sux! Wish I could say that about bixby and other useless Sammy "features". Can't wait to root my S8+.