Full-featured desktop productivity out of a docked mobile device has been kind of the holy grail for quite a few years now. Within the right dedicated and tech-savvy communities, of course. And while major players on the smartphone market have various desktop interfaces and workflows up on offer today, Samsung was one of the few keeping the true dream alive in its no-compromise entirety with the Linux on Dex program.

Well, sadly, that is all coming to an end, at least for now. The Korean giant recently sent out an email to participants in the Linux on DeX Beta program, explaining that support for the Ubuntu distribution previously maintained and customised by Samsung has been ceased.

Thank you for supporting Linux on DeX Beta. The development of Linux on DeX was all thanks to customer interest and valuable feedback. Unfortunately, we are announcing the end of our beta program, and will no longer provide support on future OS and device releases.

Samsung goes on to explain that starting with its Android 10 beta ROMS, already rolling out on certain devices, Linux support will be removed from Dex altogether. This does make us wonder if, perhaps, the third-party OS emulation setup Samsung was employing to get Linux to work in the first place somehow breaks certain rules or security policies Google implemented with the latest Android version.

Regardless of whether or not this is the case, if you are currently using Linux on Dex, you definitely want to start keeping regular backups of your data. Since, given current developments even staying on Android 9 and not updating your phone's Android OS still might not be a sure-fire way to keep the feature running. 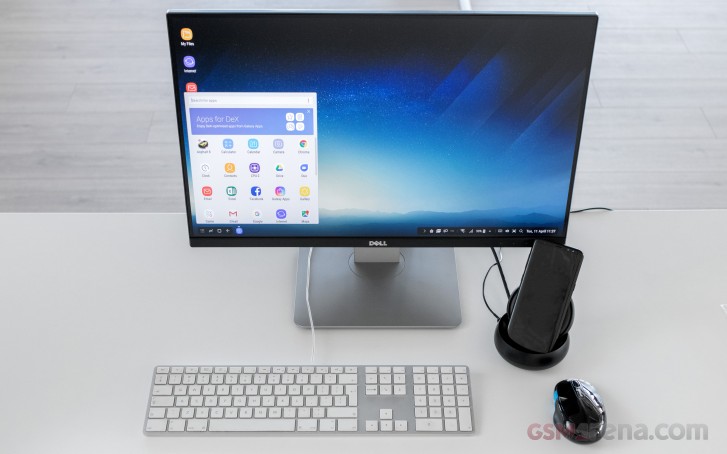 There are other alternative methods of getting Linux or at least a proper terminal for the Linux-like Android core running on your phone, but nothing arguably quite as refined or user friendly as Linux on Dex. And just to be clear, this change only affects Linux on top of Dex. The rest of Samsung's desktop-friendly Android launcher and UI will remain operational.

Half my office was seriously thinking to buy tab S6 for that feature alone. My office already is on ubuntu 100%. Problem with laptops is that they are too expensive still last less than phones and weight more than 3 lbs, I.e. they are stuck to 1...