Samsung closing in on Apple in the US

Parks Associates's latest report on the sate of the US mobile market reveals a few interesting facts. Perhaps most intriguing is the reduced gap between the two titans in the realm - Apple and Samsung. The former currently controls 40% of the local mobile market, but the Korean giant is quickly catching up with 31%.

Samsung's US expansion is definitely impressive, but other foreign OEM's are exhibiting the same trend, although on a much smaller scale. Third place on the list goes to LG, with 10% market share and other major brand names, like Motorola and HTC have about 5% reach, combined. 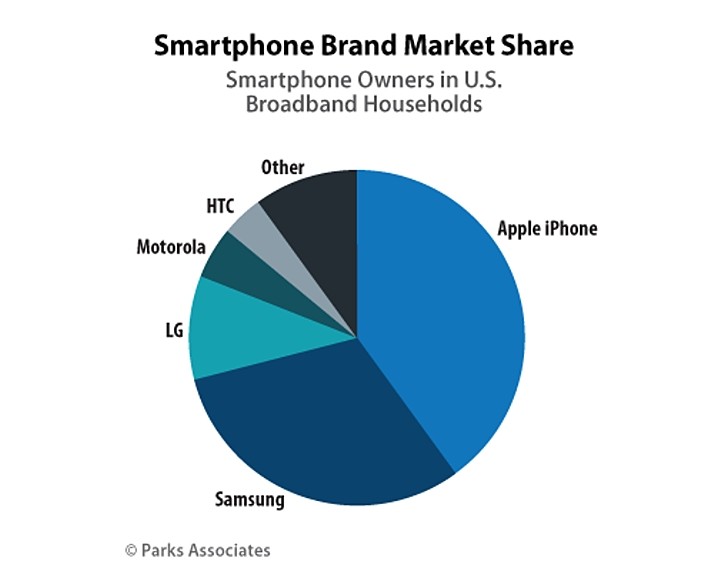 On a global scale, Samsung still led the race in 2015, with a total of 324.8 million units shipped, leaving Cupertino at second place with about 231.5 million sales.

Another interesting trend, unearthed in the Parks Associates's research concerns smartphone upgrade cycles. The numbers show that about a third of iOS users still own a handset that is more than two years old, while only 30% of Samsung users are on a device as dated. This could be interpreted as a testament to the futureproofing of Apple handsets, but it might also have to do with carrier efforts to shorten hardware upgrade cycles as much as possible and encourage more frequent sales.

A few other curious statistic from the report state that:

Gsmarena bloggers/reviewers/readets are definitely biased toward android and samsung. They can trace their roots back with nokia and symbian, which android is heavily based on.