Samsung may be struggling to protect the number one spot in the global smartphone market, but the company is second to none in the smartwatch market, according to he latest report from market research firm Statista. 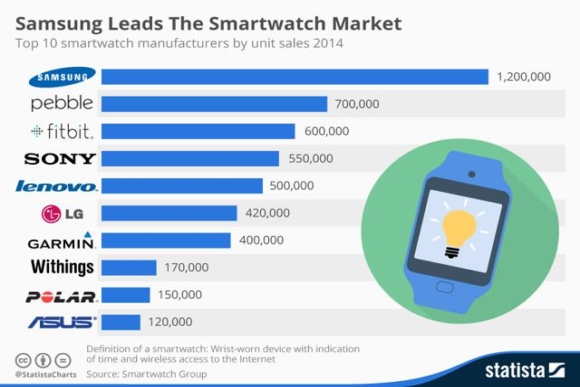 The report comes just a day after Apple released details of its Apple Watch at the company's Spring forward event.

Actually, no. Checkout "Pumpkin King" on disqus. He's a real paid Samsung supporter out there. You can see that he goes on about every tech site, reads every negative Samsung comments and defends its owner.

There are just too many Apple paid Samsung-bashers here. It's not even funny.

did u just woke up? the article said "sold".