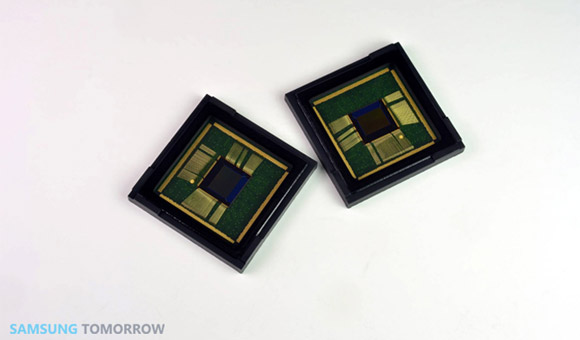 The company states that all of these enhancements make the ISOCELL CMOS sensor suitable for its upcoming line of smartphones and tablets. As a result, it wouldn't be at all surprising to see the Samsung Galaxy S5 camera feature an ISOCELL image sensor.

The ISOCELL image sensor is the result of consumer desire for increased camera resolution as well as the quality of the photos without making the camera overly large. Pixels need to get smaller while at the same time preserving their performance. Samsung camera gurus compare the ISOCELL technology to FSI and BSI sensors in their inability to preserve pixel quality while shrinking its size at the same time.

Previous sensor technology developments focused on improving the light absorption of each pixel, and have progressed pixel technology from FSI (Front Side Illumination) to BSI (Back Side Illumination) which places photodiode at the top to maximize photoelectric efficiency. While being very effective at the time, this BSI technology also faced limitations in improving image quality as pixel sizes continued to decrease. 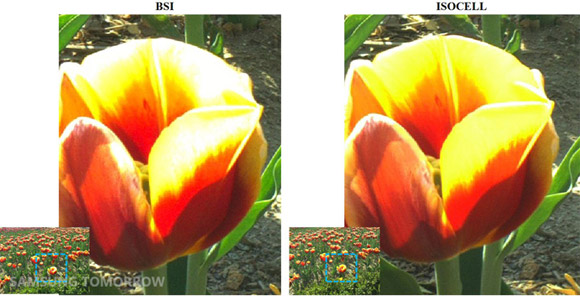 The first Samsung image sensor to adopt the new ISOCELL technology carries the model number S5K4H5YB and is an 8MP one with 1.12μ ISOCELL pixel size. The sensor is currently being sampled by Samsung customers and is expected to hit mass production in Q4 2013.

Samsung and Nokia are apex cellular-phone companies. they are adding constantly new innovation to their product line and may be product mix in my area. me the pioneer of Nokia and Samsung. so optimistic and hoping to have the commented model of...

First off....This is showing off a new camera sensor....Not a new phone....Where on Earth does your logic come from???????? Second the S4 came out in April...It's October. That's 6 months. And the S5 is still coming out probably no earlier than Apr...