Just as revealed earlier, Samsung is preparing to introduce a new entry-level family of smartphones and its first member is the Galaxy J1. We've been tipped the full list of specifications as well as a photo of the phone. For the most part, they seem to align with the previously leaked information about the phone. 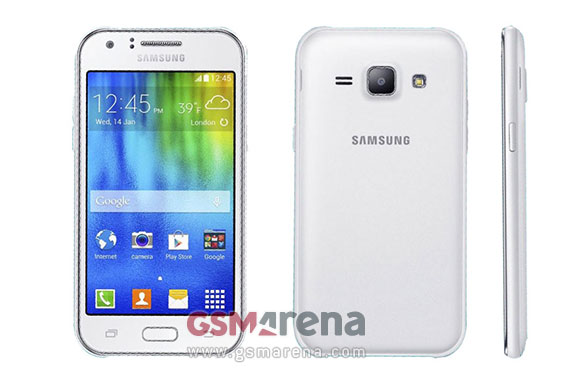 The Samsung Galaxy J1 is powered by the Spreadtrum Pike chipset featuring a 1.2GHz dual-core Cortex-A7 and 512MB of RAM. The display of the phone measures 4.3" and has WVGA resolution (480 x 800 pixels). Internal memory is 4GB and is expandable by another 64GB thanks to the microSD card slot.

Connectivity includes Wi-Fi b/g/n with Wi-Fi Direct, Bluetooth 4.0 and A-GPS + GLONASS. The Galaxy J1 runs Android 4.4 KitKat and will be available in a dual-SIM version as well. Pricing and availability remain unknown for now, but we reckon it won't be long before the company officially announces the little fella.

Keep in mind that we've no way of verifying the source of the leak and even though both the spec sheet and the image we got seem legit, it may all still end up being an elaborate hoax. So take it with a healthy pinch of salt.

Special thanks to our tipster who chose to remain anonymous!

Wolf got angry....never mind... no intention to hurt anyone...