Samsung Jasper gets leaked again, this time with pictures

The Samsung SCH-I200, better known as Jasper, has been leaked again, and this time we get to see what the device looks like. 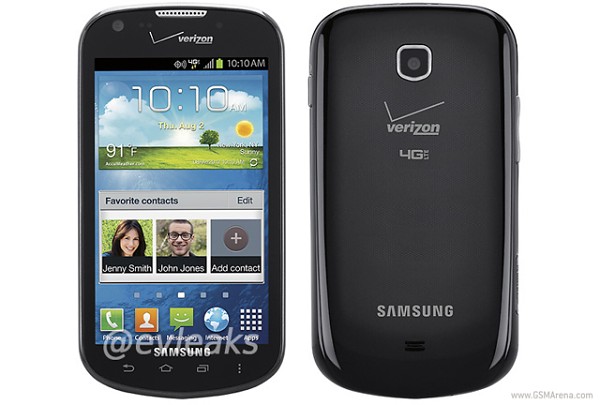 The upcoming device was leaked via Twitter, and will feature Android ICS out of box, alongside a dual-core Snapdragon 1.5GHz MSM8960 processor and WVGA screen. As you can see from the back panel, the smartphone will run on Verizon’s 4G LTE network and will not have an LED flash for its rear-facing camera.

Nothing is known on when or at what price Verizon plans to launch the Jasper, but as soon as some news is revealed along those fronts, we’ll let you know.

they released so many handsets sure will have one that win iPhone. LOL

At least Samsung manufacture their own processors which has come to be one of the most respected in the mobile market, have achieved the top spot whilst your crappy Nokia is slowly dying and forever in decline with recycled N9 design after N9 design....