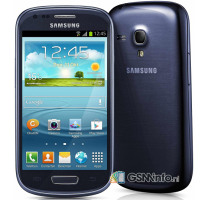 The Value Edition has quietly hit the shelves in the Netherlands last week and costs about €180. There is no info on if this overclocked edition will hit other markets as well.

Yes, I agree, Samsung must provide all loyal customers of the s3 mini an opportunity to exchange their old minis, for the Value edition.

I think this phone is pretty solid in it's segment. It is a big brand name with good support and large retail network. If you're list of needs for your phone stops short of playing games, the trend plus would be awesome, as it is about 2/3rds of th...

it seems as though gsmarena has not yet reviewed the galaxy trend plus s7580.. unless different names are used for different countries..?