Couple of months after the announcement, Samsung is now launching the Omnia M S7530. 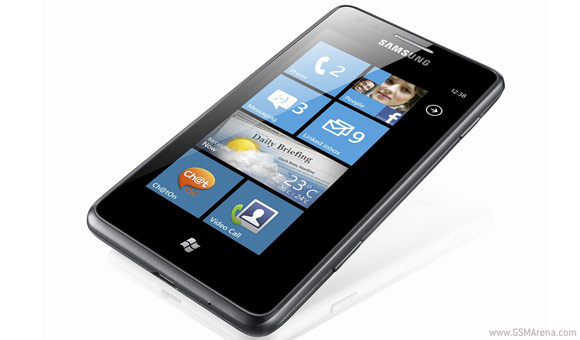 The device runs the soon-to-be-obsolete Windows Phone 7.5 Tango and specs-wise looks like a cut-down version of the Omnia W. It's powered by a 1GHz single-core processor and comes with 384MB of RAM and 4GB of internal storage (unlike the 1.4GHz and 512MB of RAM found in the Omnia W).

Compared to the Omnia W, the Omnia M packs a bigger 4.0-inch Super AMOLED at the front, but a similar 5MP camera at the back, which unfortunately, doesn't capture 720p videos, but still has an LED flash. Additionally, 3G HSDPA speeds go only as high as 7.2Mbps instead of the 14.4Mbps on the Omnia W.

The Omnia M carries an official price tag of Rs.18,650 (about €270) in India, which doesn't make much sense considering the Omnia W costs significantly less than that. However, you can find it cheaper thanks to some local dealers.

Update: It seems the UK will also be getting the Omnia M soon. Phones4U will reportedly be an exclusive seller of the device starting August 1. The promised retail SIM-free price is £289.95, but cheaper carrier-subsidized deals will also be available.