The US telecom governing body has certified a pair of accessory cases for what appear to be the Samsung Galaxy S7, and the S7 edge (though we're yet to find out for certain just how many S7's there will be and what kinds specifically).

Dubbed LED View Cover, the new cases are the flip cover variety, but what exactly the LED part stands for remains to be seen. What we can deduct from their visiting FCC in the first place (and a brief look at the test report) is that they will communicate via NFC with the smartphones. 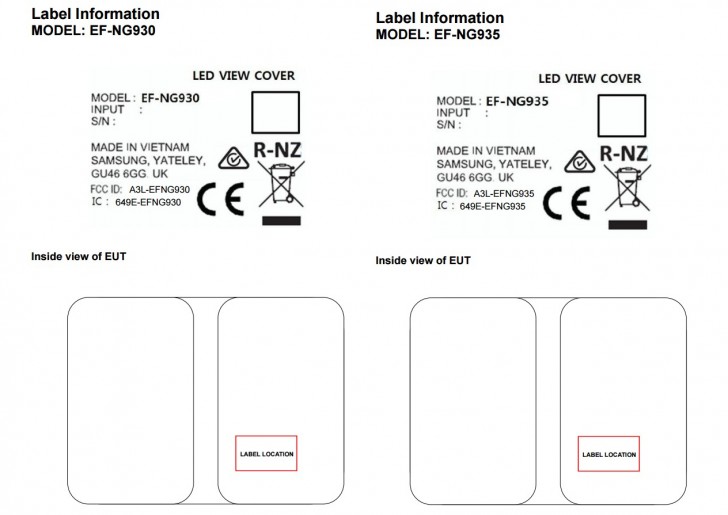 How they will be different from the Clear View Covers of the current-gen Galaxy S6, and why they weren't part of the earlier accessories leak are another couple of questions that remain unanswered.

Good thing then, that there's only about a month before it all gets revealed, when the smartphones go official around February 21.

LED View Cover have been used in Note 4 and Note Edge before. Though they released it as limited edition back then. It looks glittery but nice with led notification in front. It shows battery percentage too. http://www.androidcentral.com/s...

Be handy if this works as a privacy screen so only those looking directly at the screen can see.