Samsung announced today it began mass production of its latest 12-gigabit LPDDR5 mobile DRAM, which is optimized for AI and 5G features in future smartphones, one of which could be the upcoming Galaxy Note10. It arrives less than six months after the 12 GB LPDDR4X entered mass production and with data rates of 5,500 Mb per second the LPDDR5 is 30% faster than its predecessor. 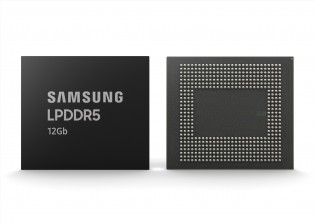 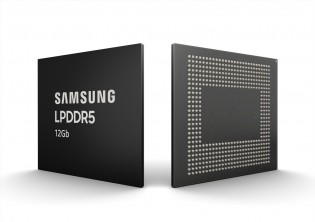 Samsung says the 12 Gb LPDDR5 can transfer 44 GB data in a second when the memory is made into a 12 GB package. The new chip uses up to 30% less power by integrating a new circuit design with enhanced clocking, training and low-power feature.

Depending on demand, Samsung might move the production to its second plant in Pyeongtaek, once it is built (expected to happen next year). The company is also preparing a 16 Gb LPDDR5 for a launch “to solidify its competitive edge in the global memory market”.

Oh yes and their tiny battery wil die in a single of hour after playing and takes good 4 hours to charge. No thanks. Have better things to do in llive than waiting ages untill a phone battery gets 100%.

Man this is first samsung innovation in past few years so i dont need to hate i am laughing they are like old crawlinmg turtle on retirement as always. Any other competitor is far in front of them and they cant even catch. Same ram by Xiaomi wil...