The Samsung Galaxy S5 is official - and it's not what we expected. Rumors got a few details right, but not the whole picture, obviously. After so many updates and sequels to the S4, it's perhaps not all that surprising that the S5 feels like a small step forward. 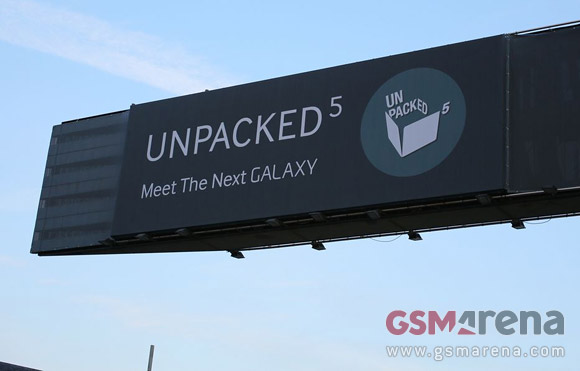 Samsung Galaxy S5 at a glance:

The screen grew up only a bit and it kept the 1080p resolution rather than going to QHD.

The camera does, however, record UHD video - Samsung's initial information was for 1080p, but we can now confirm it's really 4K UHD (2160p).

Samsung does maintain the clockspeed advantage with a rare Snapdragon 800 chipset and while the fingerprint scanner was no surprise, the heart rate monitor certainly is.

TouchWiz was a bit of a surprise too. We got pumped up for a brand new flat version of Samsung's custom UI, but the reality is closer to what we saw on the new Galaxy Pro tablets.

The back of the device is a new iteration of Samsung's leather-like plastic, with what looks like perforated holes. It only looks like it though, the Galaxy S5 is IP67 certified - we don't expect to see a Galaxy S5 Active.

Like we said, the Samsung Galaxy S5 is in part what we expected and a bit of a surprise. What is it though that sets it apart from the Galaxy S4 Advance with the leather back?

And plus, IOS is one of the most efficient operating systems out there. So, it's not a big surprise iPhone has less RAM and battery capacity compared to Androids.

Bruh Apple has the fastest processor. Even better than SD888/870