Samsung, like most major mobile players, has been keeping busy with the whole Lollipop update frenzy. Naturally, various delays and hiccups are expected, especially across devices in different regions. Samsung Norway, might have gotten into more trouble than usual with its update packages for Galaxy S5 and S4.

Android 5.0 Lollipop was being seeded to both devices, as planned, until some major issues forced the local Samsung branch to put the OTA "on-hold". This was absolutely necessary after a number of owners of the aforementioned handsets flooded the local branch with complains about the Android 5.0 update they were receiving. 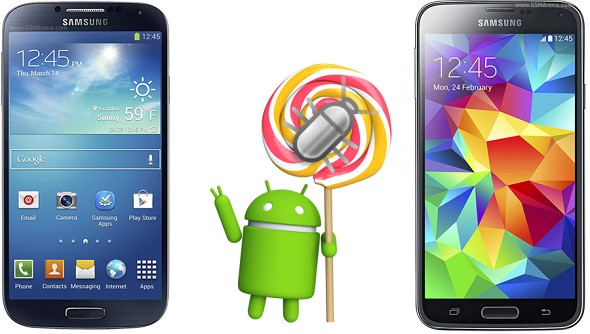 There have been reports of various bugs, including random freezes of various apps, including the default Phone and Contact applications, often rendering the phone unusable. Crashes are also affecting the alarm application, which, as you can imagine, could be equally irritating.

The OTA seems to be causing sluggish behavior in general, so definitely something went wrong in Norway. This is what the local branch had to comment on the matter:

We are aware of the issues some users are experiencing after installing the update Android 5.0 Lollipop and now has stopped the current version. We work full time with a new update that contains solutions to the problems that have been reported to us, including a new solution for silent mode. We hope to send out the update shortly, and will keep you updated on Facebook.

The reasons behind the troublesome update could be numerous, ranging from a mix-up in the shipped package, all the way to some latent bug that has been hidden away in the ROMs and is now causing unexpected problems.

It is at least encouraging to know that Samsung Norway is aware of the issue and trying to address it. And we are not exactly sure that throwing in a silent mode feature will compensate for lack of a normally functioning device, but hey, as they say, you gain some, you lose some.

By ruin what do you mean

Lollipop ruined my Galaxy S5! They can stick these phones where the sun don't shine!!!! HELLO APPLE!!!!