Samsung has relaunched the Note7 in Korea under the name Galaxy Note Fan Edition. It is essentially the same device but with some key changes that will make it less… explody. 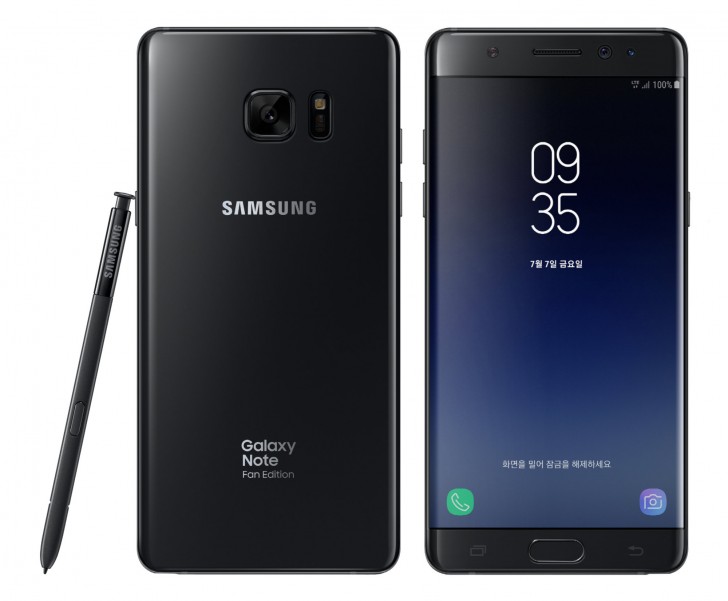 The major difference here really is the battery, which as we know now, was the source of the fire in the original Note7. The Fan Edition has a smaller 3200mAh battery as opposed to the 3500mAh in the Note7. The new battery goes through the same rigorous 8-point battery safety test that Samsung started with the Galaxy S8.

Apart from that, the Fan Edition also comes with the same software that is on the new S8 and S8+, complete with Bixby.

The rest of the phone is identical to the Note7 in every sense of the word. Samsung is not shy about admitting that the Fan Edition is essentially being made from Note7 bits and pieces. The new phone is being made out of all the unused Note7 parts, which Samsung spins as an eco-friendly initiative.

Samsung plans to sell 400,000 units of the Fan Edition in Korea, and sales in other markets will be decided later. This is likely not going to be a conventional release, especially with the Note8 being around the corner.

The Galaxy Note Fan Edition is priced at 699,600 Won ($611) and will be available July 7 in Black Onyx, Blue Coral, Gold Platinum, and Silver Titanium. A cover case in matching color will be provided with every phone.

I really thought that the FE stood for FIXED EDITION.

Rejoice Samsung fanboys, you are now at the same level as Apple!! Wait...no, its worse cause it's the same phone but with LESS hardware... you might wanna add some sriracha when swallowing your iPhone SE comments back, I heard it helps di...