Samsung announced their first mobile phone to work with the Unlicensed Mobile Access (UMA) technology. Samsung P200 is the first handset of the company which will use Wi-Fi (WLAN) technology to handle data and voice calls.

The idea behind that technology is simple enough - when there is an accessible Wi-Fi hotspot near you, for example in your home, office or university, or simply in the street, the UMA-enabled device would connect to it and use the broadband connection for making and accepting calls and sending and receiving data. It resembles a lot using wireless VoIP-telephony through your GSM mobile phone. Things get even better though, since the UMA enabled phone would also be able to use regular GSM base stations as any normal mobile phone would. The handset would be able to change connections between the licensed cellular radio access network and the unlicensed IP network seamlessly even in the middle of a call without even the user noticing. 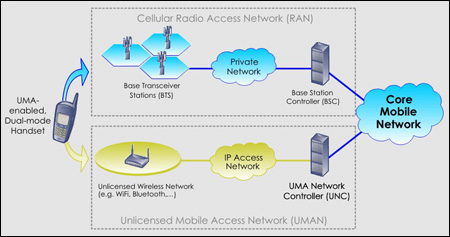 All you need to use the new technology is a UMA-enabled device, an operator that supports UMA, and an Internet broadband connection that you can access via Wi-Fi (WLAN). The most important difference from the widely known VoIP technology is that UMA is after all tightly linked to the mobile radio network, which is used for routing, authentication and billing. A call initiated using the Wi-Fi interface after all reaches the 2G core network through the UMA Network and once the signal is transferred, it becomes indistinguishable from the rest of the cellular traffic. Do not throw your hopes for free calls through the window just yet since the technology allows the UMA-enabled devices to be used as regular VoIP handsets. But it's of course up to the manufacturer to decide whether to block that functionality or not. 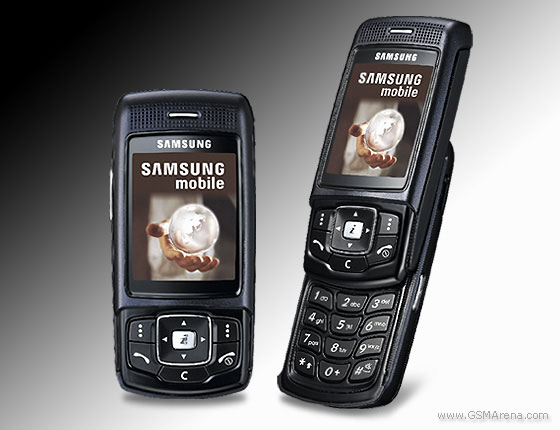 The technology is sure to become popular since the UMA Consortium currently includes leading service providers, infrastructure suppliers and handset manufacturers such as Nokia, Sony Ericsson, Ericsson, Motorola, Siemens, British Telecom, Cingular, Nortel, O2 and T-Mobile US. Currently, Nokia is the only other manufacturer besides Samsung to have announced a UMA-enabled device - the Nokia 6136 handset. While the Nokia device is still under development, the Samsung SGH-P200 though is more than ready to hit the shelves - at least in Italy for the time being. The slider follows the design of the manufacturer's current line of mobile phones and besides the revolutionary UMA support it offers a 1.3 megapixel camera, a large 262K color TFT with a 176 x 220 pixel resolution, and 80MB internal memory. Connectivity options include GPRS, EDGE, and Wi-Fi. The phone measures 95 x 44 x 22.5 mm and weighs only 95 g.

I have the P200 on BT Fusion, best mobile ever (I used to be a 3G nut!). A no nonsense phone, with easy to navigate menus and features all wrapped up in the great slider look as with D's and E's in the range, its small yet comfortable to use. Th...