On Monday, the US Patent and Trademark Office released a patent for Samsung originally filed back in 2015. The patent outlines a feature integrated into a smartwatch’s strap that would be able to measure body composition. With this, a user could measure body fat percentage using some future model of the Galaxy Watch or Watch Active.

A body composition device uses bioelectrical impedance analysis (BIA) which calculates a ratio between fat and moisture by using a low-power AC current and analyze the electrical resistance between adipose tissues and non-adipose tissues. 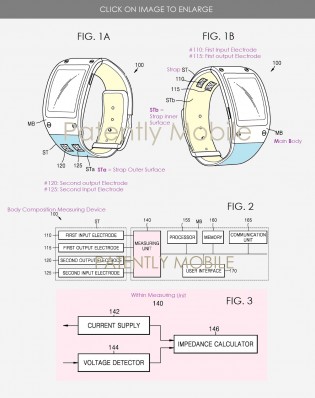 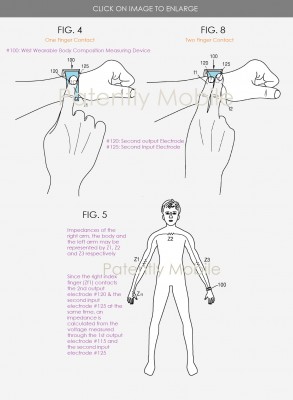 Wearables have inadvertently increased interest and awareness in health over the years and a wearable that could measure body composition could be beneficial to track one’s progress over time.

Currently, body composition measured by BIA is done with bulkier equipment. Integrating this kind of technology into a Samsung smartwatch could certainly be as big of a breakthrough as when Apple introduced the Apple Watch series 4 with support for ECG (electrocardiogram)

A patent doesn’t always guarantee the invention will go into mass production but given the fierce competition between Apple and Samsung wearables, we imagine Samsung does not want to miss out on this opportunity to put the technology in a future version of the Galaxy Watch.

So long as its not wearOS. Don't think about taking over Apple watch. The problem is same as windoze mobile OS. NO apps. Just over abundant watch faces.. that's all. And the watch face look FLAT. No wonder people rather use a normal watch.