Samsung patent suggests vertically folding phone is on the way

Motorola is expected to reboot the iconic RAZR brand with a clamshell design that would unfold into a full-sized smartphone with a tall display. The Samsung Galaxy Fold, the company's first foldable phone took a different approach – it opens to a tablet-sized display and folds into a thick bar. However, a new patent suggests Samsung is also working on a direct rival to the upcoming RAZR.

Earlier this month, the patent was published by the WIPO (World Intellectual Property Office). Thanks to LetsGoDigital, we have a set of mockup renders showing how the design could possibly work in practice. 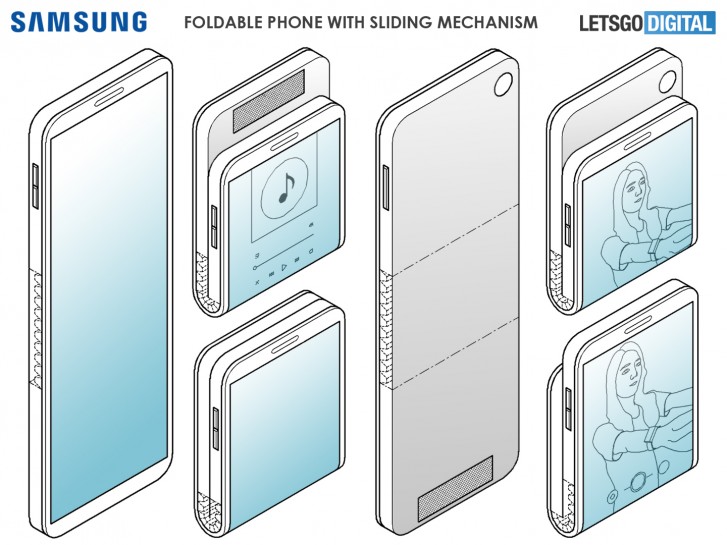 In its folded position, the device would fold with the display outwards like the Huawei Mate X – thus taking up a smaller footprint, while still allowing parts of the display to function for other tasks.

These tasks could range from changing music tracks, shooting selfies (since the rear camera could theoretically reach past the bottom edge of the screen), and glancing at notifications. 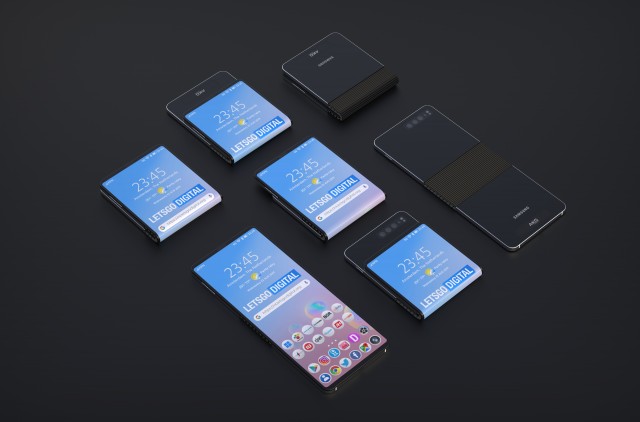 What sets this apart from Motorola’s apparent design is the folding mechanism, that would give the hinge some wiggle room and allow for multiple configurations when folded including the ability to fold the display inwards or outwards. The concept is certainly a new and exciting one, and the prospect of a brand-new form factor that manufacturers are experimenting with is refreshing to say the least. Smartphones with foldable displays are the way of the future as it stands with multiple manufacturers involved in creating some kind of foldable device.

The industry is off to a rocky start, with both the Huawei Mate X and Galaxy Fold, nearing their launches (1,2) following repeated delays.

Via (in Dutch) | Source (WIPO Patent)

They live maybe from more than 2 euros a day but only a 1% or less than 1% of global population have enough money to spend ona phone worth 2000 and above without feeling my wallet is dry.

But he is right for what good are folding phones??? Who will afford them??? More than 50% of global population lives from 2 euros a day.