Samsung patents an S-Pen with a built-in camera

A new development from Samsung has surfaced and it doesn’t have anything to do with the upcoming Galaxy S10. A patent originally filed back in February of 2017 was recently granted to Samsung by the US Patent and Trademark Office for an S-Pen with an optical system and image sensor inside – so, a camera.

The patent titled Electronic pen device having optical zoom details an image of an S-Pen with an optics system in the upper section of the pen. The diagram shows four lenses aligned before an image sensor, there would also be a “communications module” to transmit the image data back to the host device. Based on the diagram, there’s also a “control key” that could manipulate a zoom feature of said camera. 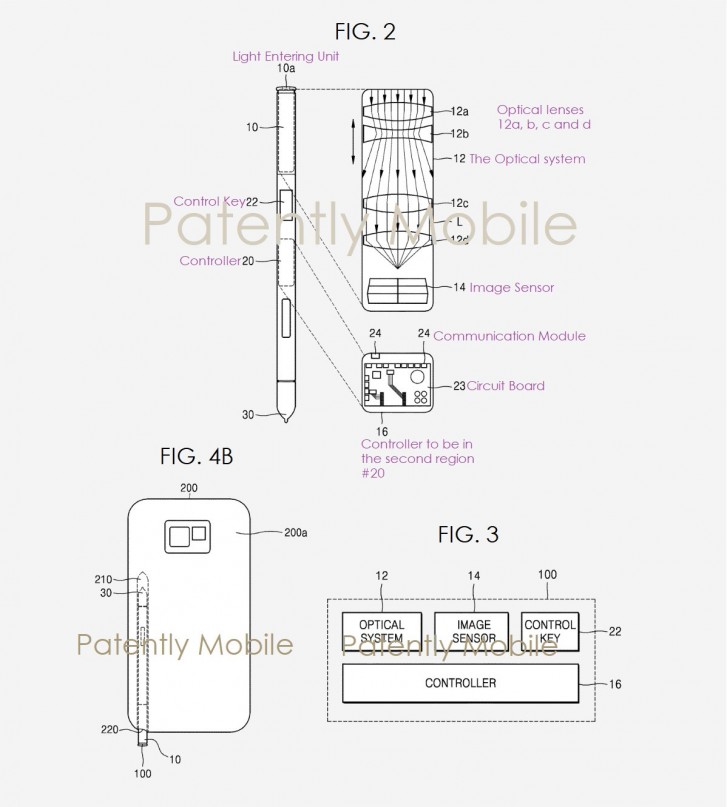 FIG. 3 shows us the four main components of the S-Pen of the patent: an optical system, image sensor, control key, and controller.

Keep in mind this doesn’t mean the upcoming Galaxy Note will necessarily have a camera in its S-Pen. While FIG. 4B confirms that Samsung intends to put such an S-Pen in a future Galaxy Note device, Samsung also outlines that slots could be put in future laptops or computer displays for storing the S-Pen.

Does this mean we’ll see a Samsung Galaxy Note10 with a camera in the S-Pen? We can’t rule that out but we also can’t be certain. Companies often patent features like this but they may never pass the development stage.

Is that a 40x zoom lens in your pocket or are you happy to see me? But on a serious note, jokes aside, the SPen is a small device that looks innocuous so someone might not know that it has a camera and is being used to sneakily take inappropriate i...

so is 40x optical zoom

Yes because that thing cost like 100 maybe more euroes and is made of plastic. Its not durable at all.