Samsung launched its Samsung Pay service in South Korea on August 20 and the number of subscribers is growing, fast. The EVP at Samsung Electronics says that on average there are 25,000 new registrations each day. Also, Pay now handles KRW 750 million ($630K) daily transaction volume.

"Nearly all current merchant locations" support Samsung Pay in South Korea, either over NFC or MST (Magnetic Secure Transmission). Some older payment terminals will need a firmware update to work with Pay though.

The majority of Galaxy Note5 owners in SK have already used the service. Keep in mind that Samsung Pay is supported only on the Note5, Galaxy S6 edge+, Galaxy S6 and S6 edge for now. They may be best-selling models, but Pay has a lot of room to grow as new models are added. KNOX support on the devices is key for security. 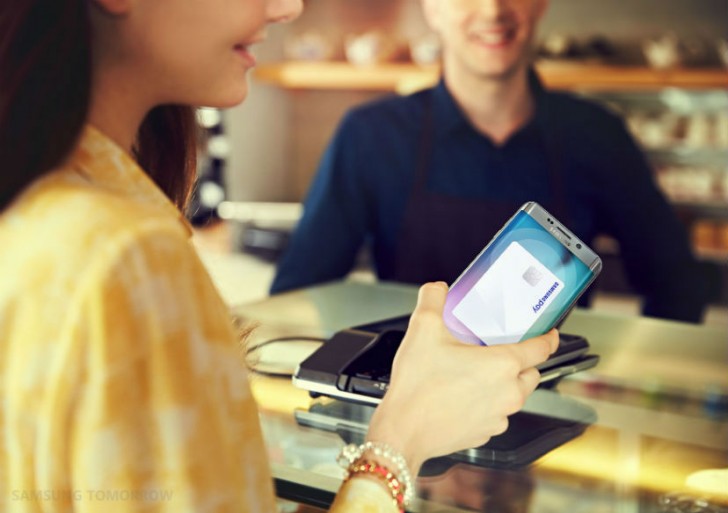 The service is currently in testing in the US and should launch on September 28, Spain and UK are also testing the service. Unsurprisingly, countries where credit card is common are the ones where interest in Pay is the strongest.

And it's plastic cards the main competitor to Pay, not other mobile payment systems, says the Executive Vice President. Thats a clear jab at Apple Pay, which already operates in the US and the UK. One of the big planned upgrades for Samsung Pay is online payments, which Apple's service does not support (and usually requires a plastic card at the moment).

Exactly, 3d touch, when it was also stolen from blackberry..lol

And Apple embarassingly have to rename their Force Touch to 3D Touch. Lol.