Samsung phone pops up on Geekbench, could be a Galaxy S Active

Samsung has a long history of making rugged smartphones and even though we haven’t seen one since the Xcover 4 back in 2017, we might be getting a successor pretty soon. A new listing on Geekbench revealed an upcoming Samsung SM-G889F with last year’s Exynos 9810 processor from the S9 family and 4GB RAM. It pushed out 3,130 points in the single-core test and 9,050 in the multi-core department and runs on Android 9 Pie. 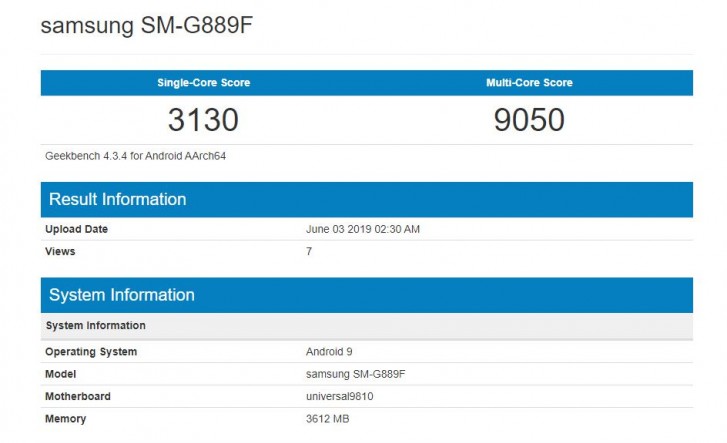 The phone in question is believed to be a ruggedized version of the regular Galaxy S9 and was even shown on video earlier this year by Roland Quandt. According to Quandt, the phone features a 5.2-inch Quad HD display with a single 12MP camera around the back.

Other rumors point that this could be a new premium midranger to succeed the Samsung A8s with a price tag in the $500-600 range. We should be hearing more about this phone in the coming weeks and we'll make sure to keep you updated.

An s10 Active, in UK would be very welcome.

I would rather have a 4.7" screen than a 5.2" screen, with the 16:9 aspect ratio screen. With the extra bulk of a rugged phone, the 4.7" screen would make it a lot more comfortable to hold and put in your pocket. Plus a user replaceable battery like ...